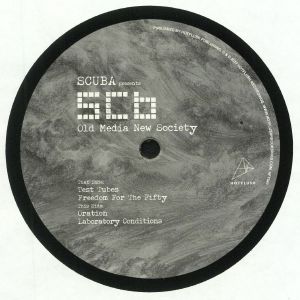 Scuba drops another four cuts as SCB on Hotflush Recordings this December. Paul Rose first launched his SCB moniker in 2010, going on to appear on labels like Ostgut Ton, Aus Music and Nonplus until 2014. This year saw the pioneering British producer revisit his darker alias with a dystopian themed release on Hotflush – he now returns with four more twisted and ominous productions.