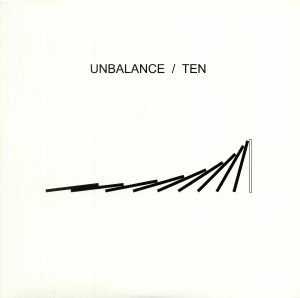 Seven years ago, Unbalance created his own label as a base for his musical ideas; a platform to play around with the conception of what ”techno” is and would be alongside his own creative progression. Come to present day and the label is now at its ninth release, reaching a point where the line of accumulated experiences must be drawn in the sand — and the experiences of previous projects and releases lead to venerable conclusion. Enter Ten, an album of internalized strife that was created during a period of big changes in the artist’s life. Between enduring personal experiences, his creative output veering between his straightforward club eccentricities and subdural sensibilities; Unbalance cultivates a symbiotic link between sounds played and sounds portrayed — whilst paying tribute to the essence of groove, vibration and the hypnotic unknown that exists to balance the scales. This album will be the final point in the label’s journey into the depths of multifaceted techno music.