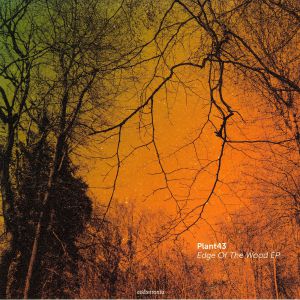 Edge of the Wood is the first release on new label Eudemonia. Emile Facey lives in Penge, South East London. ‘When writing this music I became very interested in the history of the area I live in, imagining what it had been like when the ancient Great North Wood was still standing and the now busy urban area was a tiny hamlet sitting at the edge of a vast forest. I read that Penge was first recorded under the name Penceat in an Anglo-Saxon deed dating from 957 and that many historians believe the name of the town is derived from the Celtic word Penceat, which means “edge of wood”. The Porcupine Meadow and a toll gate were important landmarks in the area.’