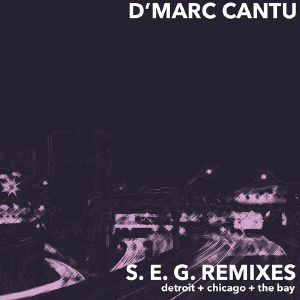 In 2017, D’Marc Cantu released the critically-acclaimed “The Lodge” LP on Altered Moods, which was the first chapter in a two-part story. The second part is now incoming, in the form of a remix EP of one of the most popular cuts on the album, “S. E. G.” The new record contains both the original track and three remixes created by Larry Heard, Malcolm Moore and Chicago Skyway.