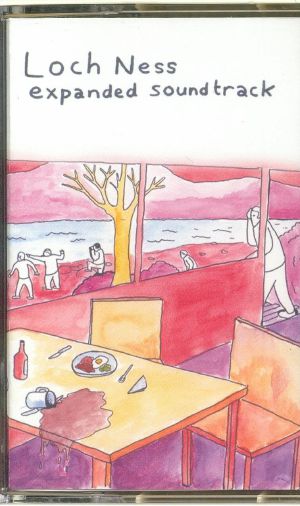 Loch Ness was originally composed as a soundtrack for a – never finished – 2012 Commodore 64 Loch Ness ‘Spotter Simulator’ videogame. An adventure / simulator / RPG in which the player takes the role of a cryptozoologist trying to proof the existence of the Loch Ness Monster. The sounds on this soundtrack come from the mighty Commodore 64 itself. This computer, released in 1982, came with a state of the art soundchip – the MOS technologies SID. Far ahead of its competition it sported advanced functions like waveforms with Pulse Width Modulation, envelope generators and a filter. With this chip the commodore 64 had a real 3 voice synthesizer build in – lightyears removed from the spartan primitive unmusical blips and beeps of the Ataris or Apple II’s. The cassette version of the Loch Ness videogame remastered soundtrack comes with new artwork and extra unreleased tracks.