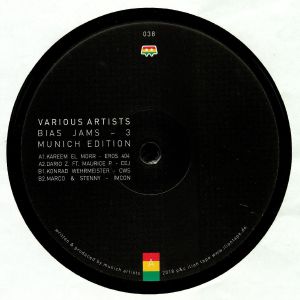 In 2012, the Zenker brothers introduced a new series on their Ilian Tape imprint: The Bias Tapes. We are now into the third edition come 2018 and it’s a great one. Like the name may suggest, The Munich Edition features some heroes of the local scene such as Kareem El Morr: who delivers the dark side electro bass of “Eros 404”, likewise label boss Dario Z. (ft. Maurice P.) goes down the same toute on “CEJ”. Elsewhere, dubby and cyclical warehouse techno in the vein of G-Man can be heard on Konrad Wehrmeister’s “CWS” and usual suspects Marco & Stenny hammer the message home in typically bold fashion with the emotive “Imcon”.