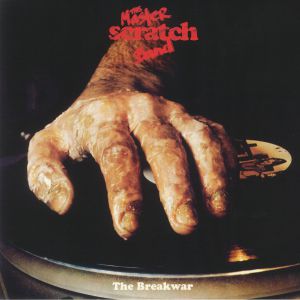 The Master Scratch Band was first break-dance / hip-hop / electro funk band in Yugoslavia in 1984. The band members were Zoran Vracevic, Zoran Jevtic and Milutin Stoisiljevic, previously known as Data and Sizike. Jugoton, the biggest label in Yugoslavia, published Data 7” and MSB’s ‘Degout’ 12” with limited edition cassette containing two bonus tracks. Impossible to find on the collectors market, Fox & His Friends team in collaboration with Jugoton / Croatia Records is releasing a full, complete version of the rare “The Breakwar” tape, with tracks “Tonight” and “Pocket” never pressed on vinyl. All tracks are sourced from original studio tapes. With the kind help of Zoran Vracevic on credit list and liner notes, this is now the ultimate Master Scratch Band album, released originally in a year 1984 when break-dance was in the peak of its popularity in Yugoslavia. This release is pure breaks and hip-hop electro, done old-school way in one of the best studios in Yugoslavia, Enco Lesic’s ‘Druga maca’ in Belgrade.