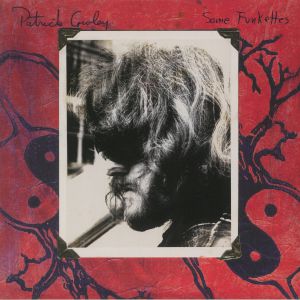 Dark Entries is humbled to continue digging through the archives of legendary producer Patrick Cowley. While best known for his production on chart-topping cybernetic disco anthems, Cowley, who passed away from AIDS-related illness in 1982, left us with a substantial body of work. Since 2009, Dark Entries has been working with Cowley’s friends and family to shed light on the lesser known facets of this singular artist’s output. ‘Some Funkettes’, the latest addition to this series, is a collection of previously unreleased cover songs recorded from 1975-1977. These raw, unembellished tributes both showcase Cowley’s early musical interests and chart the development of his production techniques. ‘Some Funkettes’ was made possible with help from Patrick’s brother Jim and his former studiomate Maurice Tani. The sleeve is a collage designed in 1975 by Cowley’s former roommate Francesca Rosa that was found covering a reel to reel box. It features a yin-yang symbol and a photograph of a scruffy 24 year old Patrick, to which we added his original handwriting. This peek into Cowley’s formative years arrives just in time for what would have been his 70th birthday.