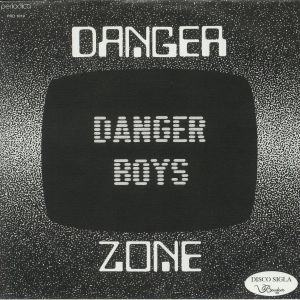 Periodica Records dives into the heart of the Napoli underground with a scorching single from Danger Boys called ‘Danger Zone’, which sees Milord and Whodamanny paying tribute to the their cult party of the same name hosted at the Boudoir Club. Across two tracks, perilous premonitions of tribal disco intertwine with shadowy strains of post-punk, as basslines cut the difference between frenetic funk and cosmic rock while propulsive beats pound beneath heady fuzz licks, galactic synth sparkles, computronic sequences, and a psychedelic panorama of scrapes and slides. And above it all, a high priest chants in ecstasy, with his mystical musings and messages of defiance pulling the body deeper into the dance.