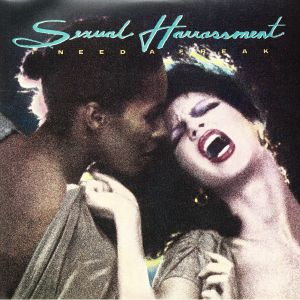 Dark Entries announces a deluxe reissue of Sexual Harrassment’s 1983 opus “I Need A Freak”. Lynn Tolliver, DJ/Program Director at Cleveland’s WZAK, adopted the pseudonym David Payton in order to keep his musical endeavors separate from his public persona. Sexual Harrassment (misspelled deliberately) was formed as a concept band, with members selected based on appearance and choreographic skill rather than musical ability. Tolliver’s explicit lyrics focused on the central themes of desire and sexual relations. Working at a studio in Akron, he recorded an album of quirky-yet-lurid electro funk, which was released on Heat Records. I Need A Freak is presented here for the first time on double LP, pressed at 45 rpm for maximum DJ-friendliness.