In a world without hope, a world with no appetite for sonic adventures, there’s only one man who can save us all. He is… the Sample Jesus! From behind the enchanted pyramids of Egypt comes a man that has nothing to prove but a lot to give. Taught by a legendary Pharaoh, he has lived the life of an eremite for decades. Exhausted after years of asceticism there was only one goal on his mind: to blow all the misery out of our heads. On the constant search for the perfect sample he listened to the finest Mongolian folk to experimental Tuvan Throat singings. It was only recently that he was returning from his self-imposed exile to come up with a record that hits deep in everybody’s soul. Hallelujah, House-heads and Hip-Hop-kids, be prepared. Listen to the word of the Sample Jesus!

Cuthead got known to the wider public via his releases on Uncanny Valley but his roots reach way back before the label’s start. There was a time when Cuthead and his brothers from another mother threw wild parties at abandoned industrial locations or in the woods around Dresden. The crew, which was known as Kunst:stoff Breakz, also established a label where Cuthead released two albums and one EP as free downloads between 2006 and 2010. Over the years the calls for vinyl versions of those early joints were getting louder and so Uncanny Valley decided to give the best tracks from that era a new life on physical sound carriers and start the ”Total Sellout”. Through refinement and rearrangement 51 tracks were boiled down to a selection of 18 and ended up as an album full of catchy bass lines, heavy beats and sampling excesses. Among the tracks are party starters like the strings-infiltrated ”Scissorhands”, ”The Poncho” or the ever devastating ”Iron Lung” which still kicks like Dubstep has never faded. Since Cuthead has always been heavily influenced by Rap music, there are of course lots of great Hip Hop beats on ”Total Sellout”. Either in the form of funky sample studies like ”Painquilizer” and ”VibraSkit” or in true fashion with Raps by crew member Alibi on ”Hidden Track”. Also included on the album are ”Rock My Soul” and ”All Night Long”, some early examples of Cuthead’s knack for well tempered and super catchy House tracks, while the double-bass driven ”Rythmus ’78” shows another jazzy side of him. Once again, the artwork was conceived and designed by Till Hohmann who already did a brilliant job on last year’s ”Everlasting Sunday”. 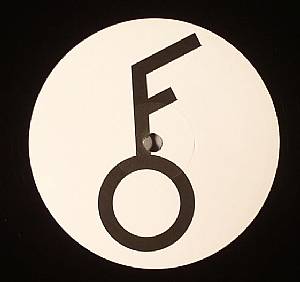 Cuthead serving up his trademark scratchy, swinging MPC beats with clattering percussion and stabbing chords on his excellent remix of Back 2 Black. Perfect, leftfield house music with depth and flair and a perfect example of why the Uncanny Valley regular is picking up so much praise right now. Next up Fantastic Man gets to grips with Read My Mind, bringing a lovely bit of proto-house flavour to the release. Chiming DX7 synths and lush pads are the order of the day here, creating a lovely warm up vibe before going heads down and dubby for the final 3 minutes. Flipping over were treated to some lush, slo-mo-lo-slung vibes on the Ben La Desh remix of Walk Away, the Dutch producer teasing things out with a chugging 7 minute workout which will sound dreamy and creamy on a big system.

“When we selected music for Cuthead’s Everlasting Sunday LP we had to leave out several great tracks due to the limited space on the record. So Cuthead decided to give it away for free as digital only album via our bandcamp site. Enjoy!”

Cuthead returns with the long awaited follow-up to his “Brother EP”. His new record “Everlasting Sunday” surely fulfils some dreams as it is packed with no less than nine tracks. Three catchy House tunes on the A-Side and six Hip-Hop-jams on the B-side make for a very extended EP or a mini-album. Right at the beginning we start with the sample-heavy “Maputo Jam”, a tune in classical Cuthead-manner with its irresistible drumming full of stumbling blocks and layers of sweet synth-melodies. “Nautic Walking” is a straighter House track with a guitar line and clapping samples but that bass line quickly reminds you whom you’re listening to. “Minerals” starts off pretty deeply before evolving from a jazzy House affair into an almost orchestral tune with opulent strings. The flipside is an extensive expression of Cuthead’s inexhaustible love for Hip-Hop. There is feel-good material like “Everlasting Sunday” and “Deep Shadows” as well as banging joints like “Calculator Watch” with all the typical Cuthead-trademarks: sick bass work, stammering drumming and imaginative sampling.

‘You & Me’ turned out to be an amazingly fresh and versatile album, and in good old Uncanny Valley tradition, a highly collaborative affair that goes far beyond the deep house description, making it very well fit for both home listening and dancefloors worldwide. A track like the dark and dirty ‘Heteronomous’ with Uncanny Valley fellow Sneaker lines up alongside the bright and sunny anthem ‘Punta Del Este’ together with Belgiums San Soda. Artists like Christopher Rau or Mr Raoul K add their trademark sounds but there is always that specific approach of Jacob Korn that connects the tracks.

The third artist-EP by Uncanny Valley comes from Cuthead and is nothing less than a proper power package. With ‘Vibratin’ things start off as deep as the bottom of the sea. Underneath Cuthead’s dense drums there is an intense and meditating synth line which is eventually complimented by an acid figure as if it was an evil twin. ‘Brother’ rolls in with a mighty kick drum, before a catchy sample and not less catchy piano motives prepare for a propitiating end. With ‘Transgressions’ and its bass line for the bigger floors things get down to House business once again. The remaining two tracks then give an impression of what happens, if Cuthead takes to the MPC for his liveset. In ‘Seram Lembah’ and ‘Heartless’ Cuthead combines his drumming with South East Asian disco-mantras und bittersweet Blues chants to heavy Hip-Hop-grooves.

The first release is a true house-affair. Thomas Fröhlich’s ‘Get US’ is a mysterious and breathtaking opener with beautifully plucked strings making for a perfect soundtrack to your summer. After that Jacob Korn invites us to his playroom with the surprise track on this record that combines intricate soundscapes built on an uplifting groove. On the B-Side breaks-prankster Cuthead unleashes an unusual deep house study entitled ‘Unacceptable Moustache Styles’ before the record concludes gracefully with Break SL’s late night jam ‘Low Light’.