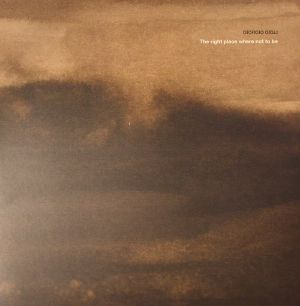 “The Right Place Where Not to Be” is the title of Giorgio Gigli’s first full-length “sonic movie”, a work emerging from the depth of his soul and which properly filters every musical input he’s developed over the years. The album takes its outset in a scenario where all human and animal life-forms have perished and only plants and minerals have survived. Giorgio performs that concept writing an ultra-detailed soundtrack to an imaginary movie, using rich textures that reveal new acoustics, enhanced by alienating atmospheres that captivate the listener. The album is focused on obsessive rhythmics cut on low frequencies, a persistent motion, and a stable tremor. The world is justifying its life-forms in detail. The sky is darkened by laden clouds and stratified sonics that electrify the sound of space. Blooming sensations that cover a wide spectrum, alternate from a feverish tension to the lightness of faith. Confines are rejected, techno meets ambient, purging our body of consciousness. A sonic bubble from a faraway era, a timeless atmosphere that describes a vision that seems to answer to the most important question: why? The task of creating an album is brilliantly managed in a manner that cinematically depicts a surreal concept without the loss tension. The experience of the music is enhanced by the intricate artwork with an evocative artwork that expresses Giorgio’s concept: The sequence of mountains dominated by clouds on a clear sky and the depths of flowers are tinged with the memory of a wonderful past.

END_OF_DOCUMENT_TOKEN_TO_BE_REPLACED

Electric Deluxe presets an EP coming from a new and mysterious project called Back Pack Poets. 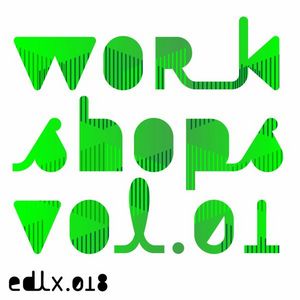 „Workshops“ is a new experimental series of releases by Phil Kieran and Jochem Paap (aka Speedy J), to explore the recording techniques dating right back to the mid 1950‘s. Famous inspirational places like ‘BBCRadiophonic Workshops’ in England and ‘Philips Lab’ in Holland have seen some of the most innovative production techniques, experimenting with the first use of stereo, modular synths, found sounds and reel to reel tapes. The end result was always something space age and promisingly futuristic and still to this day fresh sounding, crisp and exciting. The first Issue of ‘Workshops Vol.1 EP’ consist of three flowing tracks with an inimitable organic and atmospheric appeal.

Physical and dark techno with a dark and experimental depth from Terence Fixmer on Electric Deluxe,  plus a ravey Marcel Dettmann interpretation combined with a subtle modulation of Detroit Techno.

Electric Deluxe is proud to announce the release of Comedy of Menace by Terence Fixmer, as the first artist album on the label since its launch in late 2008. As a first glimpse on the upcoming Album Electric Deluxe will release the EP “Comedy of Menace Part 1”. The Vinyl of the EP includes two original album tracks and a hypnotizing Planetary Assault Systems Remix.