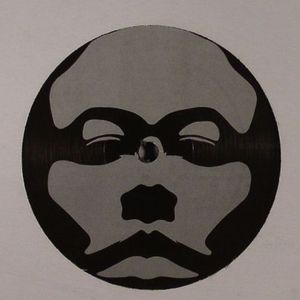 The oldskool hero A Guy Called Gerald with his first release on Bosconi Records. The release randomly arrives in coincidence with the definitive closing of another legend, the place in Berlin that has been a symbol for years of the cultural renaissance of the german capital after the wall, the Tacheles. When Gerald just moved to Berlin, he got his house and his studio inside that very inspiring and artistic place, and as a tribute and homage to his legendary figure, some mysterious writer draw G’s face on the right side of that building with the shamanic enigma above that giant mural “How Long Is Now”. A1 gives the title to the EP and it’s subliminal dark and psychedelic after-hours dope session, while on B1 there’s the shady and sexy atmosphere of “Groove of the Ghetto”, a driving and funky house tune sustained by an ultra fat synth bass and enriched by soulful vocals and deep pads, while on B2 the EP ends wih the brutal Uk bass bonus beats monster entitled “202”. In memory of Tacheles and the good old days.