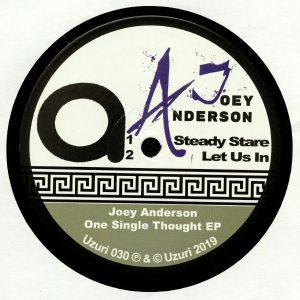 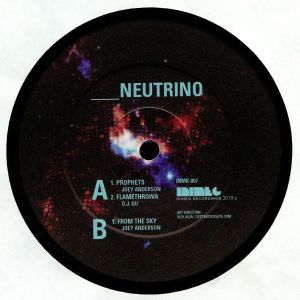 Joey Anderson meets up with DJ QU for some tight new house/techno on Inimeg Recordings. 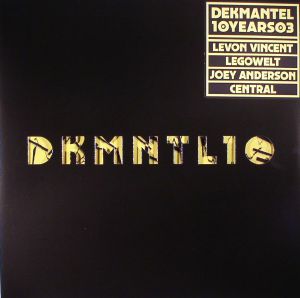 Dekmantel has wheeled out the big guns for this third volume in their 10th anniversary vinyl series. Mr Consistency himself, Leon Vincent, kicks things off with “UK Spring Vibes”, a pleasingly deep and softly spoken shuffler piled high with attention-grabbing analogue bass, stretched-out chords and twinkling piano flourishes. Legowelt excels himself (as usual) on the darting, synth-heavy intergalactic fun of “Blue Astral Techno”, while Joey Anderson is an ultra-positive mood on the melodious, slightly melancholy, synth-heavy deep house of “Opened Gate”. Central’s “Six Five Two”, a wavy and Balearic-minded trip though gentle, sun-kissed sounds and bubbling electronic rhythms, draws a fine EP to a close with an intoxicating flourish. 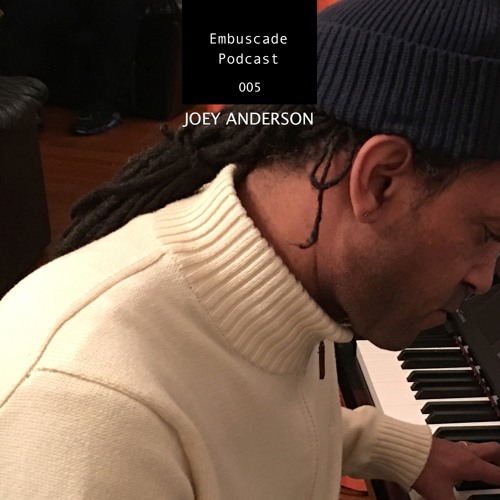 The art of omission is a craft New Jersey native Joey Anderson masters like few others. After releasing his acclaimed debut album After Forever in 2014 and the 1974 EP earlier this year, Anderson returns to the Dekmantel label serving up the signature sound we love him for. Invisible Switch is the perfect example of what Anderson can do with very little, catapulting him to one of the finest and most original techno and house producers to date. Hammered to loose 4/4 rhythms, and without the use of the obvious percussive spasms, Anderson serves up some of the strangest dance floor tracks around. The lack of snares in ‘Waves in the Organ’, the schizophrenic ‘Blind Light’ and the sprawling ‘Reset’ show his fresh take on what modern dance floor music can sound like: elegant and urgent at the same time, while the wonderfully weird ‘Invisible Switch’ vouches for his versatility as a producer. Anderson’s minimalism doesn’t affect the musicality of the tracks. The strength lies in the details and unexpected twists. Freaked out chords cut through ‘Nabta Playa,’ a peak-time club track that stands out thanks to its enchanting madness. One of the many highlights is the impressive, more-than eight minutes-long ‘Disappearance’, which builds around a wrung synth line and neurotic rattling hi-hats, leading the dance in a hallucinatory techno trip that excels in originality. 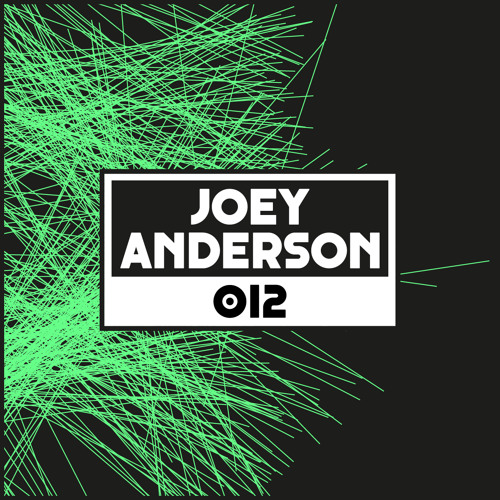 The art of omission is a craft New Jersey native Joey Anderson masters like few others. After releasing an acclaimed debut album in 2014, Anderson returns to the Dekmantel label serving up the signature sound we love him for. With the 1974 EP, he continues his modern day techno odyssey investigating the outskirts of the genre, while focusing on details and unexpected twists. Serving up dense melodic structures, intense chord progressions and unique but relentless drum programming and sounds, Anderson shows that the future of techno is bright, original and full of energy.

To date Fluxion, AKA Greek dub techno artist Konstantinos Soublis, has released three albums on Danish imprint Echocord, settling in nicely alongside the likes of Luke Hess, Deadbeat, STL, Conforce and XDB. Kenneth Christiansen’s label revisits the most recent Soublis long player, Broadwalk Tales which arrived back in April, for a remix 12″ packing some high calibre names in Deepchord and Joey Anderson. In the hands of the highly regarded Anderson, “You Don’t Know” is transformed from its vaporous origins into a slab of typically deep and jacking Jersey house, while Rod Modell naturally opts for fading resonance and cloudy white noise in his two DeepChord variations of “For You”.

Sound Theory is a brand new label from Exchange Place DJ/producer Nicuri. Here, he handles B-side duties, with pal Joey Anderson stretching out on the A. Given the standard of his debut LP, it’s little surprise to see Anderson impressing here, with the deep acid of “My Cassetts” providing a pungent blend of undulating 303 lines, sparse pads, occasional starburst electronics and cymbal-driven percussion. Nicuri toughens things up on the flip, dropping a pair of tracks that revolve around heavily compressed drums, hustling rhythms and vintage techno electronics.

END_OF_DOCUMENT_TOKEN_TO_BE_REPLACED

Dutch label Dekmantel release the debut full-length album from New Jersey producer, DJ and Inimeg Records boss Joey Anderson. Entitled After Forever, the album is the natural next step for a producer who has turned out plenty of deep and intriguing techno EPs for labels like Latency, Deconstruct Music and Syncrophone over the last couple of years. Having been championed by the connoisseur likes of Levon Vincent and DJ Qu before the rest of the world cottoned on, Andersons style has proved to be truly idiosyncratic, where near bottomless techno grooves get run through with haunted piano lines, shadowy synth work or elegant drones. There are barely ever any claps or snares, instead just plenty of deeply hypnotic kicks and plenty of noir tension. “Every track on the album has its own take on my personality, my mentality musically and my vision of off-dancefloor music,” says Joey. “I find it very difficult to create something for people just to like. I’d rather pay attention to making them get close to the album and uncover the ideas within it. Being my first LP, it’s dedicated to my two daughters, Akatriel and Auset.”

Anderson is doffing his curatorial cap with the latest release on his own Inimeg Recordings label entitled Exchange Place presents Alphabet Soul. Productions from Anderson bookend the record and in between DJ QU and Nicuri offer some strong representation for the esteemed Strength Music camp. Lead track “She Is Afraid” finds Anderson working once more with Ebony Ugo, whose treated vocals complement the bugged out house backing perfectly. “Alphabet Soul” from DJ QU could almost be a Pangaea production whilst “Navigation 8th Density” finds Nicuri combining taut techno rhythmics with an underlying cosmic sense of light. If you enjoyed Anderson’s late 2013 Dekmantel dalliance you will most certainly dig final track “Linguistic Command”. 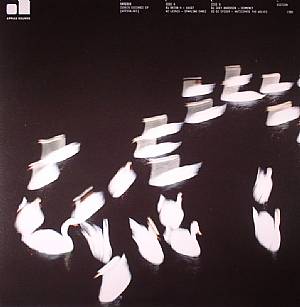 Its been a landmark year for Joey Anderson with a succession of superb 12″ releases and V/A appearances for labels such as Latency, Anunnaki Cartel, Syncrophone, Avenue 66 and his own Inimeg recordings all demonstrating the New Jersey-based producer’s reputation is well deserved. What better way to sign off 2013 than with a taste of what’s to come from Anderson next year, as he graces Dekmantel with this excellent 3 track 12″ ahead of a debut album for the Dutch label planned for some time in 2014. Deep beneath the frazzled, pixelated synth of lead track “Repulsive” there’s a haunting quality that informs so much of Anderson’s work, yet it still feels immediate enough to be the track that many selectors will gravitate towards. “Sky’s Blessing” acts as an introspective wedge between the classic B-Side in the making that is the hypnotically charged “Heaven’s Archer” 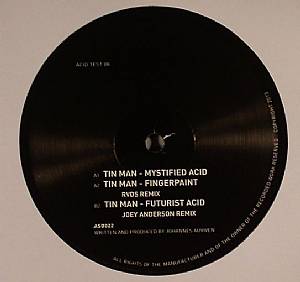 Joey Anderson with wo psychedelic jacking techno/house jams on Syncrophone. “Ass Kicked” comes correct with some excellent drum patterns and a steady bassline to keep the jackin techno/house going. On the flip we have “Sunday Is Brunch”. If you’re into acid tracks, then this is the one for you.