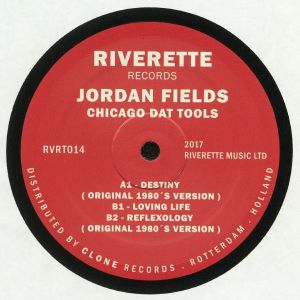 Some might say Jordan Fields is one of the most criminally underappreciated figures to rise out of Chicago in the late 90s, not for people who know what’s what though. After a career spanning more than 20 years he has established himself as one of the key figures of the underground. Coming out of where everything started, Chicago, Jordan released records on a handful of key labels like Catalyst, Track Mode, SOM Underground, Mood Groove, Maffia. He did not stop there and today he is still releasing bangers having never lost that magic touch that has kept him firmly grounded on the purest form of the underground, and that, after more than 20 years is pretty much unheard of. When we first contacted Jordan we wanted to go back to where it all started, we wanted to be transported to late 90s Chicago, to a time where it was all about the dance floor, when tracks meant something more than songs, when purely club-oriented music was the purest form of the underground. To be honest we were not expecting to get exactly what we wanted straight away, he immediately sent us a collection of tools straight out of DAT tapes he had, going all the way back to the 90s and early 2000s, so yeah to say that we are excited with this release would be a huge understatement. This is a collection of tools meant for the dancefloor, not reminiscent of some gone by era, these are the real deal, made by a true master, 20 years ago, for the future.

After an amazing duo of vinyl releases from Jordan Fields and Vincent Floyd, Chicago Basement Trax keeps banging out the jams! The Boxed Out EP sports another lost tape from Jordan Fields with Oriental. No fake added noise here from this original 80’s synth and drum machine creation just more uncut raw from JF’s archive that seems to have no end!! Check out more old school and acid by jack Jeremy Williams, Italy’s Giuseppe Gatti and Paris underground pushers Wondernature. 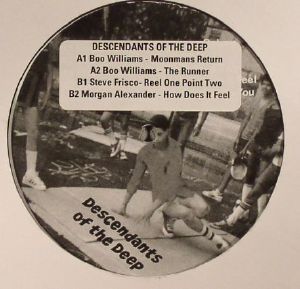 Volume 6 of the sought-after series From Chicago To Detroit compiled by Jordan Fields. The A side kicks off with ‘Moonman’s Return’ and a full 12” version of ‘The Runner’ from Boo Williams. Side B features tracks from Steve Frisco, Morgan Alexander, Giles Dickerson.

Volume 5 of From Chicago To Detroit compiled by Jordan Fields, who starts off with ”You Make Me Feel” sounding very Detroit. Nastyboy goes Italo with ”All Night Long”. The B side introduces fresh cuts by Midnight Music Club, Kaizo and Maxi Aubert all getting Jordan’s edit treatment.

Chicago Basement Trax flexes its muscles and enlisted the services of one Chicago’s Crown jewels of the Underground in the form of one Mr. Jordan Fields. Nothing but Pure authentic 1980s + a bonus disco dub. No doubt this is the pure uncut raw from the man with the plan himself so let’s see who wants to see the Provenance now. 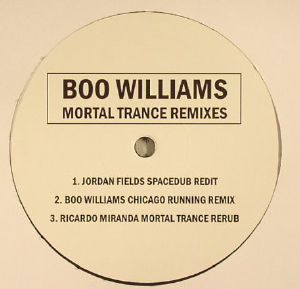 Descendents of The Deep launches the From Chicago To Detroit series, bringing together a quartet of deep house tracks from Michigan and Illinois-based producers. Jordan Fields kicks things off with the electric piano-laden strut of the surprisingly trippy “Excitement”, before Vincent Floyd offers up a masterclass in deep, New Jersey-influenced analogue deepness in the shape of “2gether”. Flip for the wonderful blissfulness of Leandre’s “Images of Spring” – think starry melodies from Detroit, coupled with the rolling swing of Chicago – and “Detroit Dubz”, a killer exercise in spooky beatdown from Norm Talley and Mike Huckaby. With its’ heavy, compressed bassline, creepy chords and reverb-laden textures, it sounds like it was tailor-made for Halloween. 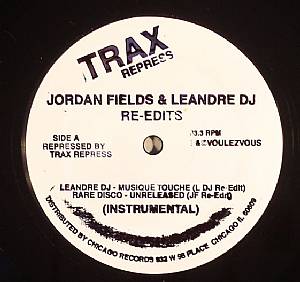 Headphoniq with the sixth This Is House Music EP. Solid and timeless house tracks on this Ron Trent compilation. 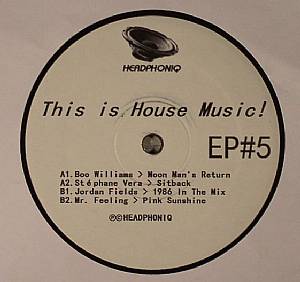 This super rare promo was compiled and re-edited by Chicago legend Jordan Fields, featuring rough and (club) ready dancefloor tracks from Hakim Murphy, G Marcell, Blackadiscomental Bobby Starrr. The rough trax on offer run the full Chicagan gamut, taking in Salsoul sampling, filtered house and italo synths to make a dancefloor come alight. This colored vinyl promo has never been available for sale (the black vinyl promo was out in 2008).

Chicago native Jordan Fields drops an awesome 4 Track EP for those who love Chicago sound. “A Tape Called 1990” this lost track was created 2 decades ago.. The “Just An Illusion ” re-work feels like the soundtrack to a break dance movie.

Jordan Fields with his definition of house music. ‘A clear understanding'” has a very 1990’s vibe. Next is Dubrazil’s “Red Vinyl” that was originally an untitled track with only 223 pressed. The “Midmight in Tokyo” was an unreleased project from Japan, follwoed by ‘Can you feel a beat’.

Houseworx welcomes legendary Jordan Fields to the family with this 4 tracker EP.

Two eighties recordings which were taken from reel and have been remastered and made available for your pleasure. ‘Boxbeater’ especially is a track that was inspired by the slam dancers who used to go wild on the rhythm tracks Ron Hardy used to play at the Music Box.  ‘Warm’ is a deeper, yet fierce, house cut, which was inspired on early ‘Rhythim Is Rhythim material.