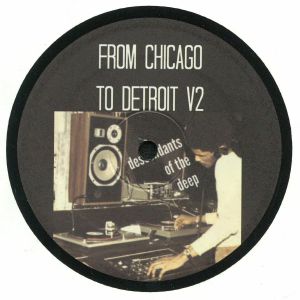 Gari Romalis is at the forefront on the techno scene in Detroit. Gari has been djing for over 30 years and is single handedly responsible for training and influencing some of Detroit’s most famous DJ’s and producers. He’s now back on Dockside Records, with a straight from the machines floor-devastating EP: two fat and insanely grooving Detroit house cuts on the first side and one 4/4 Detroit meets Basic Channel on the flip.