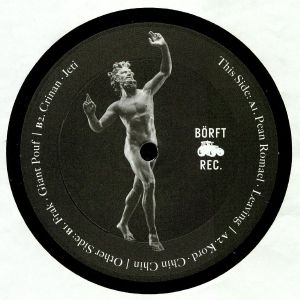 A compilation of 4 tracks from 4 different artists, all originally released by Borft 1997 – 1999. 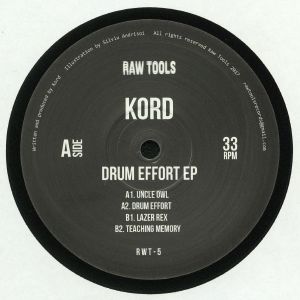 Next up on Bucharest’s Raw Tools label is Börft co-founder, Johan Sturesson, also known to be part of the Swedish electronic trio, Frak. Always under the radar, he has been operating raw electronics since the late 80’s, developing quite a distinctive sound. As Kord, he has released on several Swedish labels, including his own imprint. The four-track EP consists in music from the private vaults of the producer, that has been kept secret for almost 20 years. Rough and gritty, his analogue approach and stripped down sound define the record. Starting with the rave sounding “Uncle Owl” and then moving to a more darkly atmospheric title track, Kord shows his muscles on the flipside with some more techno infused and bass driven dancefloor cuts.

So far the most Punk release in the Borft catalog. This is the meeting between Johan Sturesson (KORD) and Petter Svensson (NEBULA). While Petter has his background as a punkrocker Johan has some years of experience in the Electronic vein this meeting result in a EBM/punk/technoEP dirtier than ever.

“Svensk Bonnasynth” basically says it all… this is Swedish Electronic Hillbilly Music! The musicians involved in Adolf Filter, Kord and Monster Apparat have a long tradition in producing electronic music and have been active in the Swedish music world for years. With this record they serve us roots music coming from analogue synths… traditional and conservative electro and synth music…!