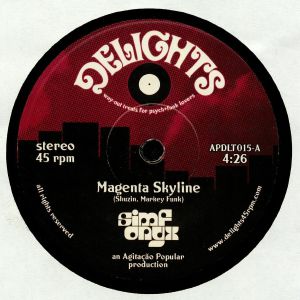 Delights label is getting back on its way-out tracks with a new 45. Two cinematic funk cuts, recorded shortly before the COVID-19 lockdown by Markey Funk and Shuzin under a new moniker – SimfOnyx: slow and haunting “Magenta Skyline” on the A-side, backed by heavy uptempo slasher chase theme “The Unresolved” on the flip. 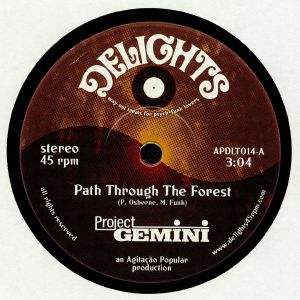 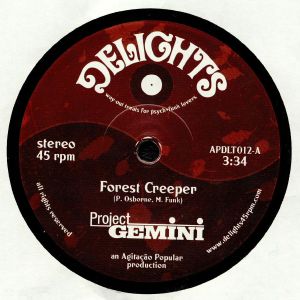 Project Gemini is the brainchild of West London-based musician, producer and music journalist Paul Osborne. It makes its debut on Delights with a spooky library-influenced psych-funk double-sider, recorded by Osborne at his home studio, Gardens End, with contributions from the prolific Haifa-based producer Shuzin on drums, and the label’s main man Markey Funk on lead keys and production duties. With its otherworldly electronics, fuzz guitars, sinister cinematic groove and sharp funky drums, the new 7inch is ticking all the boxes that define the Delights label’s distinctive aesthetic.