London trio Decius are back with the “Rupture Boutique EP”. Three tracks of sleazy/acid/sex music.

Unreleased house/techno tracks recorded between 88-91 from the Chicago master Mike Dunn. ‘I Wanna B House’ comes with an edit from Johnny Aux as well as another straight up acid track ‘I’m The Houze’.

Three previously unreleased Mike Dunn recordings taken from sessions recorded between 1989-91, recorded under his MD III alias. Drum machines, 303s and a few crusty synths is, by the sounds of it, what created Mike Dunn’s Acid Chaser EP for Sheffield label MoreaboutMusic. It’s the Chicago legend’s first release as MDIII since 1993 and, production-wise, not much seems to have changed in those 21 years. Acid. Drums. Grit. It’s all here, beginning with the clap-heavy and bouncing squelch-line of “No Chaser”. The B-side provides two tracks with the beat down drums of “Acid Feet” sounding as big a Maurice Fulton production, while the 303 bleep of “Club Music World” will draw whoops and cheers from dancers and DJs alike.

Decius – Come to me villa. ”If you can’t smell ladyboy sweat while listening to this track then I’m sorry, you have forgotten how to ‘feel”. Decius – Gay Futures. ”Dirty, raw, drug – fuelled house music, for men and women”. 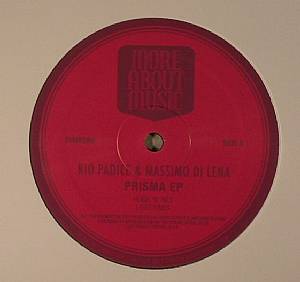 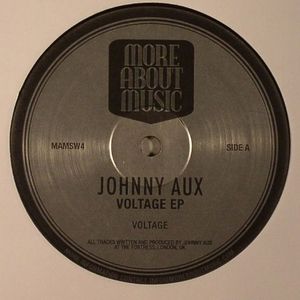 Johnny Aux on More About Music Records featuring some strobe light house music with all the raw energy of early Chicago.

The mysterious Donnie Tempo has been producing house music for over twenty years. His first release as Donnie Tempo was back in 2001 on Larry Heard’s Alleviated Records, demonstrating his old school acid inspired productions. Donnie Tempo unleashes the ”Systems On EP” due for release in September on MAMSW. The EP drops two previously unreleased tracks recorded between 1989-91 and one new production ”TCB”, that shows that the original Chicago house sound still runs deep. Finally, Donnie has found a new home to release the uncharted authentic house jamz that he’s created.

The MAMSW series continues with the next installment coming from one of Austria’s finest deep house and techno talents, Roman Rauch. Roman Rauch delivers his first release on the MAMSW series with the deep, hypnotic, house grooves of “Theme From Haze” and the Detroit influenced “Birth Of Memory”, that comes with a remix from rising Italian production talent Nick Anthony Simoncino.