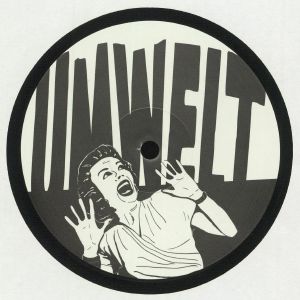 Umwelt returns to his own New Flesh Records imprint with his unique EP to date this year. ”Escape The Future” sees the French producer concluding his Future trilogy started in 2015 with ”When Future And Past Collapse” and pursued in 2017 with ”Encoding The Future” on Netherlands based Shipwrec. Fuelled by industrial and post-apocalyptic atmospheres, Umwelt’s brand new 12” gathers together all of the elements that made his dark sound so recognizable, a digest of complex yet dancefloor rhythms fused into insane synth oscillations and Rave influences. Melodic ”Escape The Future” is a much anticipating five tracker blending Umwelt’s unique aesthetic and style, obsessed by a pessimistic vision of the future. 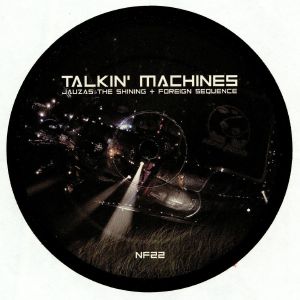 Jauzas The Shining returns to New Flesh Records, this time accompanied by his compatriot Eliot Forin aka Foreign Sequence. The unexpected duo delivers four killer cuts of high caliber. Very Sci-Fi-esque ”Talking Machines” takes place in a dystopian future and brings together a collection of powerful electro tracks incorporating elements of rawness, acidity, and melancholy at the focus of this intent.

The Ghost That Walks aka Paul Bishop graces us today with one of the most epic and tense EPs to date on New Flesh Records. Expect nothing but raw, dark, experimental, kickin’ and industrial music from the depths of Space packed in four dancefloor friendly tunes of pure analogue sounds with early 90’s flavors. A reflect of New Flesh Records essence. 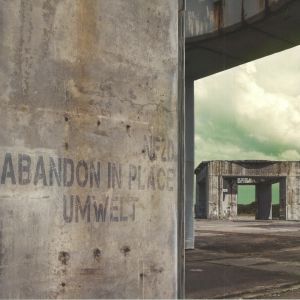 To celebrate New Flesh Records 20th release to date, French veteran DJ Umwelt returns to his own label with a new LP. Built like the soundtrack of a dystopian movie where main characters evolve in a hopeless future, Sci-Fi ‘Abandon In Place’ delivers no less than height cinematic masterpieces half-way between electro and ambient registers. From the menacing sirens of opener ‘Void Of Nothingness’ to the melancholic synths of closing ‘Galactic Wreck’, passing through the Blade Runnerish vision of ‘Celestial Matter’, this soulful album depicts nothing but the extinction of mankind in a ending world. Besides its terrific message, ‘Abandon In Place’ showcases the unlimited talent and incredible versatility of Umwelt, a mighty producer able to split from the most cutting edge music on New Flesh Records to a more radical, straight to the dancefloor approach on Rave Or Die. A gloomy journey through apocalyptic tones, slow yet deep basslines, industrial touches, cold and un- compromising emotions. Umwelt’s most forward thinking opus to date sum up in once sentence: “By the end of the day, all is dust”. 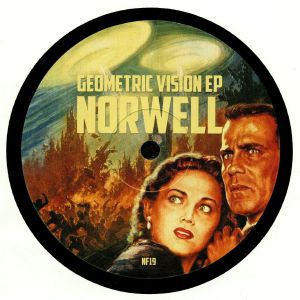 Real name Balázs Semsei, Norwell has turned out a steady stream of releases, always coming on strong with a personal artistic vision plus a sense of drama. Across four craftily cuts on Umwelt’s label, he revisits his own dystopian universe made of sonic frequencies fused into rich atmosphere with a strong array of emotions. From the haunting opener Geometric Vision’ to the explosive final Conversation Patterns’, Nor-well signs one of his best release to date. Fascinating synth melodies supported by raw drums and insane electro textures compose this must have 12” and an essential addition to the New Flesh catalog. Heavy electro darkness for serious heads, this is a soulful EP full of depth, impossible to ignore!

New Flesh Records presents the return of infamous Umwelt delivering another collectible output on his own electro label. Much anticipated “When Future And Past Collapse” combines firing snares with rolling 808 kicks, acid lines, sub-bass and driving futuristic melodies, all packed in this sophisticated EP. Umwelt’s aesthetics and dystopian vision has never been so dazzling. Expect nothing but depths, terrific tales, and authentic secrets about the origins of mankind in this must have five-tracker.