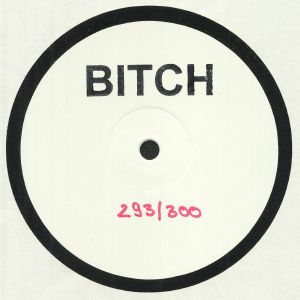 The raves at Same Bitches have not changed much since back in March 2014 at OHM, Berlin. Every second month on the first Saturday at noon sharp the residents Handmade, Ron Wilson, Derek Plaslaiko, VCO and Manuela Mayoral play each a three hour set and after everyone is through the Dj who warmed up goes into the next round continuing the running order with the usual ending in a full on back-to-back orgy. The occasional special guest never gets announced, it is mainly the same bitches in charge. After seven years it has come to the point of expanding the realm and the crew decided on releasing a record. The tracks of the first Same Bitches record featuring Handmade, VCO, Ron Wilson and Derek Plaslaiko represent their diverse yet homogenous sound of the parties and arrive just on time for their anniversary in March. Hopefully soon the party can continue and we can all enjoy the music and dance together again… 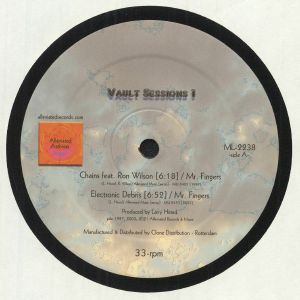 Alleviated Records presents the first release sharing selections from their own Archive of recordings that either have never been issued or that have never been issued on the Alleviated imprint. First up, is “Chains”, a track that features Ron Wilson free-styling vocals to a deep-house vibe. Next up is ”Electronic Debris” delivering a ”mellow-deep” vibe. Then, ”Saspence” with, as the title implies, a ”mysterious-deep-minimal house” feel. Concluding the EP is ”Nyte Light” delivering a ”deep-ambient-acid” flavor.

Some 17 years after it’s original release, Fingers Inc’s expansive debut album, Another Side, remains one of the greatest deep house full-lengths of all time. Here, the album gets the re-master and re-issue treatment, with the original double vinyl set being expanded to a triple to guarantee loud cuts for club play. While there are plenty of well-known Heard and co classics present – “Mysteries of Love”, “Bring Down The Walls”, “Can You Feel It” etc. – it’s actually the long-forgotten album tracks that really hit the spot. It’s on these moments – often influenced as much by ’80s soul and synth-pop as acid and Chicago jack-tracks – that Larry Heard, Robert Owens and Ron Wilson really cut loose.