Valentino Mora returns to Spazio Disponibile with his first full-length ‘Underwater’. A mesmerizing listening trip over the course of eight tracks taking you into his deep sea world of dark minimalism and eerie drone rhythm structures. 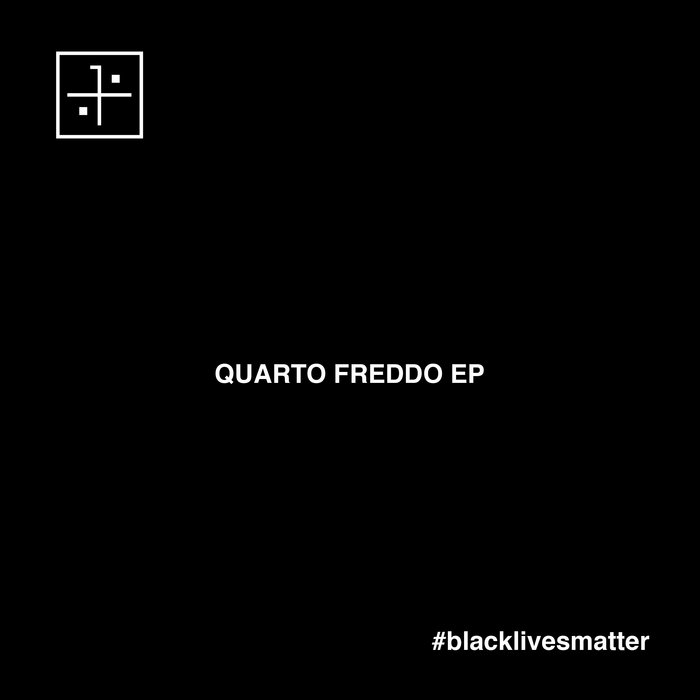 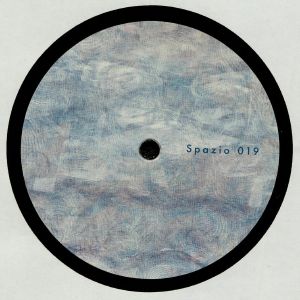 Marco Shuttle is very much part of the Spazio Disponibile label family: he’s put out his Systhema album and various EPs with Donato Dozzy and Neel in the last couple of years, and now the Eerie boss serves up more of his immersive techno excellence. He starts off in slow motion, with the roomy ambiance and slightly spooky dub of ‘Ritmo Elegante.’ Of course it’s a track carefully filled with little sonic details that make it a very real place to be. ‘Arpex’ then switches things up with a super urgent, super supple acidic techno rhythm thats overlaid with a widescreen arp that sapiens space and time, and ‘Stairway To The Milky Way’ is a half time stepper though some trippy sci-fi jungle before ‘Qatarsi’ rides on a floating groove as sound effects pan all around you and traps you in a state of trance. These are expressive, hard to define and excellent electronics once again from Marco Shuttle. 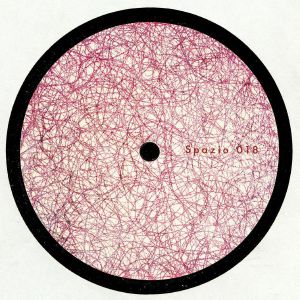 Experimental Italian techno duo Crossing Avenue return to Spazio Disponibile for their third EP on the label. Once again their four track effort explores new tempos, rhythms and moods in stylish fashion. The Carmaleonte EP counts four multi layered trips into mind melting half time jams that pairs rubbery, rolling drums with hypnotic lead synths. After the gurlgin deepness and sparsity of ‘Monoica’, ‘Carmaleonte’ is high pressure and unrelenting, ‘Santica’ got the razor sharp and unresolved rhythms where ‘Decimo Piano’ is a flurry of high speed drums and sci fi signifiers that plays out like an intergalactic space war. Techno never sounded as adventurous as this.

Spazio Disponibile welcomes Valentino Mora for a new EP featuring four tracks of rhythmic exploration. Boss of the IDO label and known for his atmospheric deep techno sets, he brings a richly infused palette to his music. The four tracks on ‘Transmagnetic’ are steep in moody atmospheres, with exquisite sound design colouring in the grooves which range from dark and eerie to more subtly uplifting and enlightened. Icy synths, abstract motifs and a sense of paranoia and tension characterise each one, with barely-there drums all working to sink you into a trance.

Dutch-Italian composer, musician and producer Aimee Portioli alias Grand River is back on Spazio Disponibile. After her debut record on the label in 2017, she now serves up her first ever physical long player, Pineapple. The record draws on Portioli’s love of electronic music and sound design, as well as her background in traditional composition and formal training on a range of musical instruments. An experienced sound engineer and composer for national radio, she crafts absorbing film scores, experimental and ambient projects and takes in symphonic calculations that blur the lines between traditional composition and research-based modernism. All that is evident on Pineapple, which is named after the most peculiar of fruits and is just as peculiar, but ultimately satisfying, across ten remarkable yet rewarding tracks. They are often long pieces which take in wallowing electronic landscapes, with real ambient beauty next to a subtle sense of narrative that is absorbing throughout. Unusual sound sources and a masterful sense of suspense characterize the album and make it as fascinating as it is enjoyable. 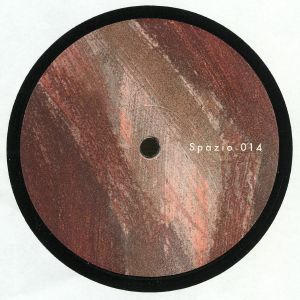 Spazio Disponibile label is close friend and Italian producer Marco Shuttle. The Eerie label-boss is a regular on the label having put out his Systhema album here last year, as well as his Flauto Synthetico EP in 2016. His always meticulously crafted sound is rooted in dark, cavernous techno. He finds plenty of new ground in each new release, though, with some tracks being haunting ambient works and others more propulsive rhythms. This new EP features just that across four typically inventive and absorbing tracks that are as much for your head as they are for your heel. 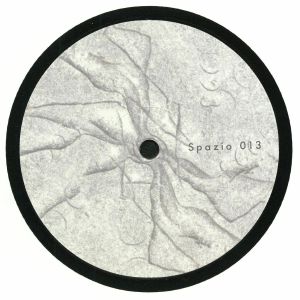 Spazio Disponibile hits release number 13 in style with a collaborative effort between label co-founder Donato Dozzy and longtime friends Retina.it. It is a typically experimental release that features five weird and wonderful tracks, seeing the label taking yet another dip into the more leftfield areas of electronic music. 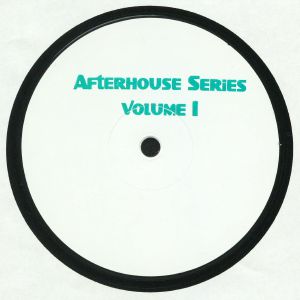 Forward thinking futuristic house cuts on this new project by Donatto Dozzy called Afterhouse. Four driving dj tools that go deeep. Although renowned as a maker of dark, intense, doom-laden techno, Donato Dozzy has been known to dabble in house from time to time. That’s the idea behind his new Afterhouse label. Of course, nobody would expect Dozzy to deliver fluffy deep house or slick U.K garage. Typically, the four cuts here – from the brilliantly broken, analogue-rich wonkiness of “B”, to the hypnotic, Chicago-influenced late-night jack of “D” – all tend towards the dark and clandestine, with the producer’s usual murky aural textures present throughout. There’s a slightly more positive feel to the clattering drum machine hits and simple, otherworldly synth lines that mark out closer “E”, while the thrusting, loopy “C” feels like a pitched-down take on his usual techno sound.

For its ninth release, Italian label Spazio Disponible looks to countryman Marco Shuttle for a first full length. ‘Systhema’ comes three years after his last album on his own Eerie label and finds him again focussing on an absorbing ambient techno style across eight enthralling cuts. Shuttle layers sound in subtle ways and has a meticulous attention to detail that results in a cinematic techno style that is cavernous and hypnotizing. Always operating in a region where ambient, techno and heady soundtracks become one, with this album Marco Shuttle once again confirms he is one of the finest sonic sculptors out there.

Italian label Spazio Disponibile continues its fine run of form with a new EP that features four collaborative tracks by the bosses Voices From The Lake (aka Donato Dozzy and Neel) versus Semantica boss Svreca. The EP is a result of their first studio session all together in Rome. All three have been perfecting cinematic ambient techno for years now and have the cerebral, atmospheric aesthetic down to a tee. Here they offer up proof across a series of hypnotic tracks that take you deep into your own mind. It’s alien and abstract yet wholly consuming and will zone you out in no time.

Next up on Spazio Disponibile is a pair of artists who played the party of the same name at Goa, Rome last year, Crossing Avenue. They present a four tracks EP. “Crucial” is first and is a big, warm open space filled with tiny little flecks of sound, delicate synth flashes and rolling rubber drums that truly hypnotise. “Malandra” is another bit of burrowing mind music that is hugely atmospheric yet notably sparse and economic in design. The drums roll below as watery droplets, ghostly pads and haunting organic hooks all roam and snake about in the mix. “Rimbalzo” is darker and more direct, with a supple techno groove forcing you to move as flashes of synth, alien life forms and subterranean ambiance all colour in the airwaves. Last of all, “No Coasts” traps you in another underground cave with only desolate drones and bulbous bass lines for company. It is eerie, but beautifully so, and rounds out another fascinatingly cinematic release.

Donato Dozzy and Neels Spazio Disponibile label has come correct with a fantastic new EP, this time from Donato Dozzy in collaboration with US artist Mike Parker. Parker has a very unique and well styled brand of techno that fits in perfectly with the deeply hypnotic sounds favoured by Dozzy. Together they cook up four more brain frying cuts that are expertly crafted and meticulously sculpted.

Keeping up their fine schedule, the Spazio Disponibile label is back with a fifth excellent EP, this time from Modes. Modes is an artist who is making his debut here, and he is one of a few guys Spazio is creating a platform for in the coming months. Modes fits right in with the deeply subliminal, transcendental style of the label and its associated party in Rome. Opener ‘M52’ is a supple and sci-fi mix of smooth rubber kicks and Millsian melodies that are trippy and hypnotic. ‘M51’ is darker and moodier, with smeared pads and grainy ambience making for a big and shadowy chamber of end-of-days techno that is full of foreboding, and finally ‘M44’ is more forceful and brutal, with reverb and electricity static adding texture to the cavernous airwaves.

Donato Dozzy and Neel’s Spazio Disponibile keeps up the pressure here with a fine fourth EP of 2016, this time from Mike Parker. The label – which also has a party of the same name in Rome attached to it – deals in heady techno, so the Geophone label owner and New York artist Parker is a perfect fit with his always deep offerings.

Dozzy and Neel’s label Spazio Disponibile serves up a third release, with the latest one coming from Italian Marco Shuttle. The techno stylist and Eerie boss serves up three tracks that continue to mark out his heady and hypnotic aesthetic.

Spazio Disponibile is the Italian label run by Voices From the Lake, aka Italians Donato Dozzy and Neel. It finds the pair putting out music made with their Rome party of the same name in mind. Music comes from the founders themselves, as well as guests who record in the studio in the days leading up to the party. After a first release by Voices From The Lake, Dozzy is back with a solo EP offering four cuts to form the That Fab EP.

Exciting and fresh fluid structured organic techno with that trademark natural feel of Voices From The Lake on their own new Spazio Disponibile label. First release is a superb release by Donato Dozzy and Neel showcasing their mutual love of advanced textured sounds and carefully crafted rhythms that create a deeply hypnotic effect.