“As a direct response to Russia’s diabolic invasion of Ukraine, Northern Electronics assembles a sonic charity collection in order to raise funds for UNICEF, helping the children and families who’s suffering under the rage of their occupier.

All proceeds will go to UNICEF Ukraine.”

First Collaborative Ep from the Ownlife Chronicles. The mind behind Semantica Records, Svreca, joining forces with the label owner, Leiras. Another four tracker shaping the cyclical, repetitive and deep sound characteristic from the series.

Italian label Spazio Disponibile continues its fine run of form with a new EP that features four collaborative tracks by the bosses Voices From The Lake (aka Donato Dozzy and Neel) versus Semantica boss Svreca. The EP is a result of their first studio session all together in Rome. All three have been perfecting cinematic ambient techno for years now and have the cerebral, atmospheric aesthetic down to a tee. Here they offer up proof across a series of hypnotic tracks that take you deep into your own mind. It’s alien and abstract yet wholly consuming and will zone you out in no time.

The gravitational pull of the moon lets the water flow gracefully. Way off past awareness, in and out of reach like a half remembered dream. 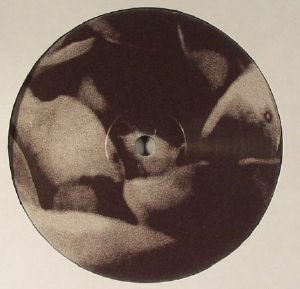 ‘All in all’ getting a special treatment from Milton Bradley, Electric Indigo & Monolake, Mike Parker and Svreca.

Mixing opposites is always an interesting project, and that brings us to the present release from Kontra-Musik. On the one hand, we have Swedish National Treasure Andreas Tilliander and his already classic TM404-album. On the other hand we have Svreca, the dark prince of Semantica Records and the heir to Oscar Mulero. We thought it would be most interesting to blend these clearly diverse elements together. We where right. There is a very clear and constant division through the entire release. On one hand you have the warm, fuzzy analogue dubbiness of TM404, on the other hand you have the focused, trimmed and piercing techno from Svreca. Where TM404 brings out beams of acid sunlight from his silver boxes, Svreca conjures up a starless night with his relentless beats. It’s a bit like Saruman was given the permission to remix a Gandalf record. TM404 + Svreca. A piece of modern Alchemy, brought to you by Kontra-Musik.

Cassegrain´s brilliant Tiamat releases are back. After the amazing original tracks from Cassegrain, well known and respected Remixers like Svreca, Mike Parker, TM404 and Inland aka. Ed Davenport have designed 4 Tiamat tracks in order to provide a completely dedicated view on Cassegrain´s fantastic EP. 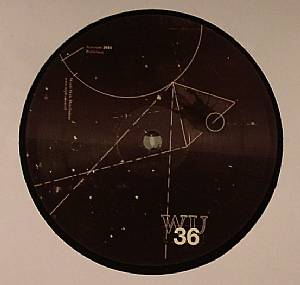 Spanish DJ and producer, Svreca has been travel ling around the world for a while and his label Semántica has earned its place amongst the best cult labels. This release comes in two versions: a four-track EP and a six-track digital release with two bonus edits by Oscar Mulero. 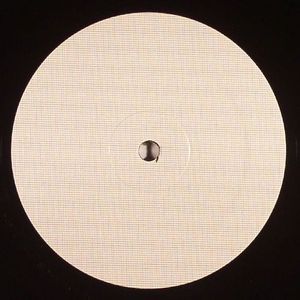 Semantica celebrates release #50 with this double A-side by Surgeon and labelhead Svreca, teaming up with Skirt. Dark techno from the off.

Zooloft presents the second step-forward to the golden age of Tech-Noir. Zooloft 00J is a collection of remixed tracks taken from our hidden archive. Claro Intelecto, Svreca and Brando Lupi make this release unique, bringing their own personal touch to rare and obscure recordings.

Semantica drops a new release with Svreca’s two-tracker “Vilna/Hagagatan”. By title sounding like a tribute to the Baltic Sea region, its A-side features a galvanized treatment of “Vilna” by Orphx, an industrial-rooted collective knowing no mercy. This is honest techno with echoing thunder and distortion-coated bass, in Spanish-Canadian collaboration. Dark rhythm and noise exposure also in “Hagagatan”, which takes to the throat of a foundry with all exit doors blocked.

The final part of Svreca’s “Obscur”series with 2 new tracks and old ones remixed by Silent Servant, Skirt, Regis and Orphx.

Spanish label Semantica have been exploring the shadowy nether zones of techno for five years now, and this 12″ sees them reach number five of their 5 Years Compilation, featuring original contributions from some of the most important names in techno. The 12″ opens with “Public Beheading”, a collaboration between Karl O’Connor (aka Regis), Peter Sutton (aka Female) and Richard Harvey; as the name suggests, its ominous tones and cinematic atmospherics paint a grim picture. The bleak tone is carried through on AW/SS’s “Nonnative”, where a solitary kick breaks the through vinyl crackle, with only wintry drones for company. The B-Side meanwhile features Ostgut Ton’s finest, Marcel Dettmann, remixing Svereca’s “Obscur”. In keeping with the tone of the EP, the beats are shuffling and suggestive rather than heaving slabs of concrete, with particular attention paid to the creaking reverb hanging over the modulating sub bass. The record finishes with Yuji Kondo, Katsunori Sawa and Steven Porter’s “Moonlight Graham”, a shadowy warehouse jam whose myriad textures bubble beneath its rough surface. In short, four reasons why Semantica is one of the most interesting techno labels in the world.

Another ”typical” Semantica release. This time it’s Mike Parker with an interesting blend of electronix and techno.

A new remix of Svreca on Semantica Records, this time by Female.

New release from Svreca on the Catalan label Semantica. Remixes from Claro Intelecto and a collaboration between Yuji Kondo, Katsunori Sawa and Steven Porter.