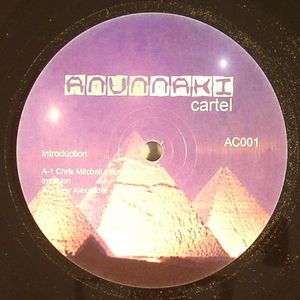 Anunnaki Cartel is the newly launched sub label of Amir Alexander’s Vanguard Sound operation and this first release sets the bar high; Alexander himself features alongside cuts from Joey Anderson and Chris Mitchell. The latter producer leads the way with “Illuminescent Invasion” a relentlessly rewarding concoction of fierce snares, deviant saw tooth synths and almost criminal abuse of the 303. Amir Alexander is growing into a personal favourite of the Juno review team and “Ostinato” demonstrates why in abundance. It’s a direct and druggy assault on your sensibilities based around discordant square synths and a undeniably funk heavy groove. Things get even weirder on the flip as Joey Anderson drops the kind of off-kilter, off the grid house production where all the elements appear to be pulling in separate directions but somehow combine for a unique cohesive groove. Mitchell and Alexander join forces to close this excellent 12″ with the cosmic techno of “Dark Memories” which has got the best snare sound since “Set It Off”.