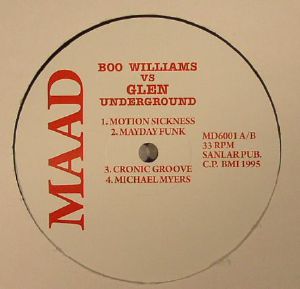 Two supreme Chicago heavyweights go head to head across 2 slabs of wax… step up Boo Williams & Glen Underground. This double-pack is pure fire & was originally released in 1995 on miniscule Trax offshoot MAAD, fans of that bouncing, stripped back, funked out House music look no further, it’s all right here. This is the first time this record has ever been re-pressed since it’s original release surprisingly with prices on-line often being at the higher end of the scale for used copies.