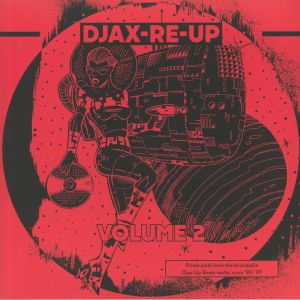 The second edition of Dekmantel’s foray into the era-defining, trans-Atlantic, cult techno label that is Djax-Up-Beats, comes another re-issue of classic 90s cuts. Founded in Eindhoven at the turn of the 90s, Djax-Up-Beats quickly earned an international reputation for being a key source of Chicago house, acid techno, and floor-filling, heavy-hitting, straight up underground 12”s. It’s a sound that spawned the sonic aesthetics of today, and can be heard in the left field techno productions of the likes of Bjarki, Salon des Amateurs and other erstwhile analog junkies.” The second re-issue EPs, offer a more introspective look at the label’s earlier releases.

Delsin turns to this classic from 1992 EP by Random XS. Originally released by Saskia Sleger’s legendary Djax-Up Beats-label. This re-release features the original a-side – a hypnotic vocal acid anthem that has become an absolute classic of the genre – remastered and re-cut, meaning that the infamous gap in the original is no longer there. The b-side has two new remixes from Lost Trax and Delta Funktionen resulting in futuristic, electro tinged, twisted versions with crashing hits and famously busy basslines bringing real warehouse energy.

Rawax is proud to present Ron Maney aka DJ Skull on his own Chiwax series called The DJ Skull Saga. This platform will present Ron’s classic releases from the past and his present works. The series is starting with the 1993 classic “Stomping Grounds” which came originally out on the dutch Djax Up label.