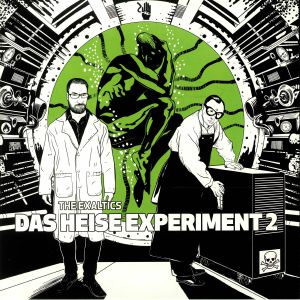 The Exaltics are back with new transmissions from their universe in form of the second part of “Das Heise Experiment”. The first part from 2013 on Abstract Acid will see his follow up end of 2017 on 2xLP inclusive a Comic book about the story of the Heise Experiment. This amazing looking shape picture disc, developed with the dutch artist Godspill aka Mehdi Rouchiche, is “The Prequel” release and sees The Exaltics in assault mode. Side A brings a stomper in typical exaltics style with deep strings and a pumping bassline like an alien invasion which is on course to earth. Side B begins with a cryptic alien speech signal transmitted direct from the universe whilst the second track is a collaboration track with non other than Dopplereffekt’s Rudolf Klorzeiger. Both artists together create a timeless electro voyage with sharp snares and fast running basslines and combine their both styles perfectly together. Every record comes with a download code for the release itself and 3 exclusive bonus tracks. This release is strictly limited to 500 copies. The outer contour of the picture is also the contour of the record and makes this release to something really special and to a high collectable item.

Project STS-31-Spiralgalaxie (Hubble Telescope Series Vol.3) A clash of the Titans! Celebrating Solar One Music’s 40th release and 10th anniverary, this split LP sees two stars under various disguises, Heinrich Mueller (aka Der Zyklus and various other projects) and German producer Robert Witschakowski aka The Exaltics, back to back in a no return odyssey through the depths of the Galaxy. Expect nothing but contemplative and cosmic electro beats using original outer-space sounds from the Universe. Closing the Hubble telescope trilogy which brought to you Luxus Varta and more recently E.R.P. (respectively with the “Everything Is Nothing” and “Ancient Light” EP’s), trippy “Spiralgalaxie” will mark a new step in SOM’s History. As usual, the final chapter of the series dedicated solely to Hubble and all the great scientists and engineers at the NASA and ESA, comes with a beautiful cover print picture taken by the Space Telescope. CD comes with bonus tracks by Project STS-31, The Exaltics, Robert Heise and a extended alternate bonus Version of Der Zyklus – Ionospheric Delay.

Scots-Belarusian electronic producer Dollska (formerly Dollskabeat) returns with her new EP ‘So Long for a Small Storm’. The EP features a rare remix by Detroit Legend Gerald Donald (Drexciya/Arpanet/Japanese Telecom) under the guise of Rudolf Klorzeiger and a bonus track ‘Opus Dreams’ by Dollska on the B-Side.

END_OF_DOCUMENT_TOKEN_TO_BE_REPLACED 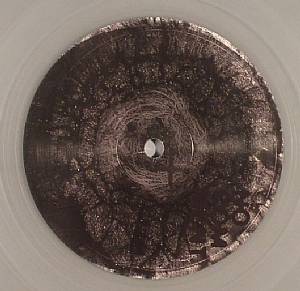 Albert van Abbe is back full force on his own platform, No Comment. He presents two brutally deep originals, stoic and dustier then before, backed up with a Rudolf Klorzeiger remodel. Klorzeiger last appeared in ’99 as producer of Dopplereffekt’s Gesamtkunstwerk on Dataphysix Engineering…