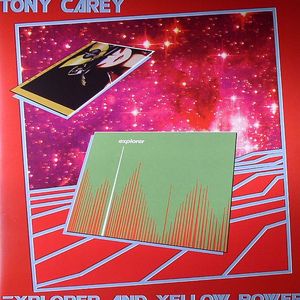 Medical Records presents the groundbreaking electronic classic “Explorer” and its sister LP “Yellow Power” by Tony Carey. (a keyboard whiz from California) In the mid-late 1970’s, he moved to Germany and began working in Peter Hauke’s studio. Here a reissue of the highly-sought after “Explorer” LP along with “Yellow Power” as a 2LP package. Rumor has it that “Explorer” was intended to be demos for the “Yellow Power”. Eventually both of these brilliant LPs were released on X Records in 1982. “Explorer” is the more stripped down almost proto-techno meets synthed out Italo disco while “Yellow Power” has a more polished, well-rounded and produced sound with a different array of instrumentation and alteration in mood. The tracks on “Yellow Power” seem to convey a futuristic sci-fi Japanese motif which possibly explains the beautiful airbrushed samurai warrior on the original cover. Some tracks have sparse vocal samples such as on the lovely “Peking Duck” and “Queen of Scots”.