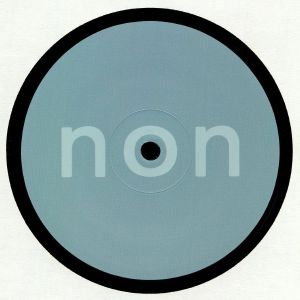 Spanish DJ and producer Psyk returns to his own NON Series with ‘Opal Lake’. This 40th release on the imprint and also the first release of 2020 is a stellar four track techno pack including a collaboration with fellow Spanish producer Architectural. Opening track ‘Biting Nails’ sees a new studio collaboration between the two Spanish techno legends. It’s a deep and emotive jam showing a surprisingly melodic side of both producers. Title track ‘Opal Lakes’ is the most powerful outing on the EP, fierce and driving rhythms melting into hazy atmospheres. With its crispy snares ‘Bell Tair’ flips the energy with an on-point minimalistic percussion workout where ‘Outline’ and its deep drums acidic riffs drags you below see level into a bright and lively underwater world.

Since launching the project in 2014, Barcelona-based 30drop has been releasing on End of Dayz, Detroit Underground and of course the 30drop label which has also seen appearances by Der Zyklus, Population One, The Black Dog, Sterac and Trolley Route (Oscar Mulero). Now, the Spaniard announces  his album “The Time of Cruel Miracles” which includes 12 original tracks and 4 remixes by Substance, Architectural, Rivet and Zero Mass (30drop + Geistform).

Experimental LP inspired on the streets of the big city, listening to the sounds from different angles and perspective of the city. Created just for listening, not for the dancefloor.

Slow paced beats and dubby chords by Oscar Mulero that mutate and run around the arrangement. Remixes by Architectural and Tensal.

Architectural brings the release number 7 which continues a saga of EPs that are very effective on the dance floor without renouncing to their atmospheric and experimental roots. Presented in an elegant 10” transparent vinyl, its two tracks, 7.1 and 7.2, share the limelight and will both leave the dance floor in ruins.

Four tracks out of the Spanish techno scene here – comes with contributions by the likes of Architectural, UnCUT, Eduardo De La Calle and The Transhumans.

Architectural returns with a very special album: Atmospheric, darkness, emotional, deep and organic. A musical piece with a soundtrack essence that transport to the darker and disturbing forests. The CD edition has a second CD with a previous tracks compilation released on Architectural recs.