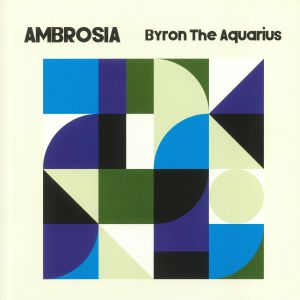 Byron The Aquarius is no stranger to true music fans. Early 2020 he gathered his friend musicians in Atlanta for a few day session at Patchwerk Studios under Jeff Mills’ supervision. The result is a fantastic mix between Soulful House and Jazz Music with a touch of Blues.

“The overall goal was to create something that bared the traits and signs that would catch the attention of a music lover. Someone that has danced themselves into a relationship with music that is unconditional and undeniable”. – Jeff Mills

Byron The Aquarius makes his Eglo Records debut. The Alabama producer once again delivers something truly special, journeying through disco, jazz, acid, house and crashing 808’s. ‘Leaving This Planet’ is an EP of two halves. The A-Side bumps, with two bubbling house jams. whilst the B-Side sees Byron get loose over two freestyle jazz odysseys. Music for the mind, body and soul.

This EP features 3 remixes, one By Brian himself and the others by Detroit’s Patrice Scott and Atlanta’s Byron The Aquarius. First up is man of the moment, Byron The Aquarius with his ethereal take on the original. With it’s cosmic sounds weaving in and out, Byron manages to infuse his soulful sound on the track to take it to a otherworldly territory. Brian is up next with his “Chicago Sur Seine Mix”, introducing a steel drum and some beautiful pads that are reminiscent of 808 State’s, Pacific 202. While still keeping with the original’s pace, this remix has more of a down tempo feel, and would fit perfectly in those late night/early morning sets. Finally Patrice Scott delivers a more beat driven Detroit take on the original, with an emphasis on the hi hats and clap that really gives the track that driven feel. While still paying respect to the original, half way through Patrice takes it to another level with his atmospheric keys that round off a great remix EP.

Sound Signature’s latest missive comes from Byron The Aquarius, a former Onra collaborator best known for his dusty trips into MPC beat-making territory. Here, the Atlanta-based producer successfully turns his hand to dusty, soul-flecked deep house, peppering the bumpin’ groove of “Aquarian Voyage” with a toasty bassline and twinkling Rhodes motifs. It’s the kind of hazy, jazz-flecked deep house that Sound Signature has always done better than almost anyone else. Flipside “Run Sa”, featuring the fluid and intoxicating playing of drummer Dmitri Walker, is even better, with warm chords draping themselves over snappy snares, hissing cymbals and killer fills.