You would think that a small country like the Netherlands has very few isolated places, but buried in the south-west corner you will find the region of Zeeuwsch Vlaanderen. Just before the Westerscheldetunnel was built in 2003, the area was only reachable by ferry or over land through Belgium. By the late 1970s, in the region’s small city of Terneuzen, a group of like-minded music lovers were inspired by punk music and formed a series of bands together. A number of the musicians first met in high school, and it is here where we find Danny Bosten (Das Ding) and his label Tear Apart Tapes. If you played music you had to have a label to release it and because you had a label you needed to make music. It was a logical and circular process, and despite being isolated, nothing stopped them from bringing new music to Terneuzen. Up till today the label releases cassettes just like in the olden days as well as a string of 7-inches with new music by Das Ding, Les Yeux Interdits and Ian Martin. Each of these releases carries a similar visual aesthetic to the label’s early 1980s output. All of them sold out quickly, but luckily they are now collected here on this LP. 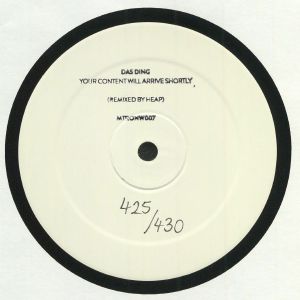 Another exploratory and bulletproof data delivery by Das Ding, returning for his second record in the Mechatronica White series following ”I Am Not A Robot” from last year – this time assisted by Heap’s radiant interpretation on the flip. 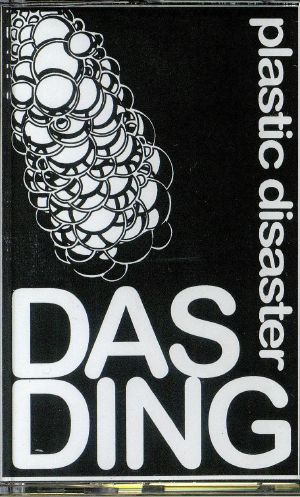 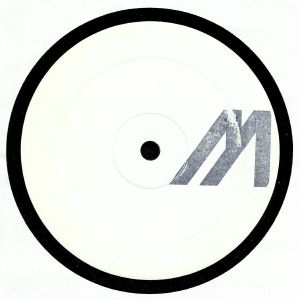 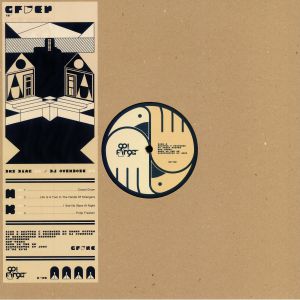 Go! Finger returns to the vinyl grooves again! And this time showing a more dramatic and darkest side. Holland’s underground legends Das Ding and DJ Overdose, join forces, for the first time, to deliver “AM/PM”. A puzzling split release composed of two pairs of gloomy, sinister and hard to classify gems of the finest west coast electro. A delightful and state of the art chiaoscuro of today’s freshest dark electronics. 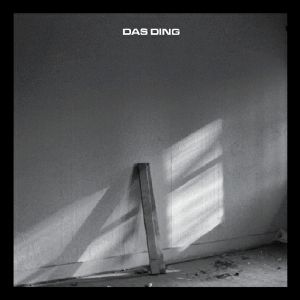 7” single of two early demos (Kindheitsmuster and Raid) by Dutch electronic music pioneer Das Ding. The final versions of these tracks were released on H.S.T.A. and the Missing Tapes, respectively. The versions here are the most raw and electric recordings we have heard by Das Ding yet.

A split release by two Rotterdam artists from the same part of town, Das Ding and Ian Martin.

Das Ding, the dutch wave savant, arrives on Pinkman with four works of full bodied synth sorrow. Freezing rain pelts rusting machinery, a barren land of decay stretches out onto dancefloors. Rasping rhythms and lumbering bass buttress bitter chords and grinding notes that compel bodies to move. And within the dereliction, behind the dilapidation and rot, burns a purity of expression that is emblematic of Danny Bosten’s consistent quality.

7 inch with electronics from Das Ding. More or less an homage to (very) early Kraftwerk. 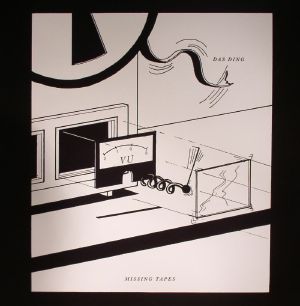 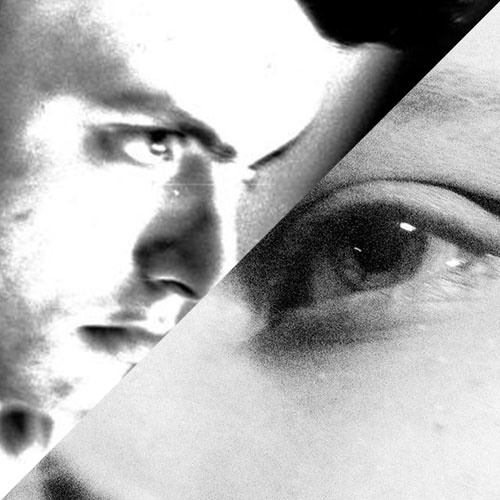 Debut release for Electronic Emergencies hailing from Rotterdam. They present their first release, a new album of Dutch cold wave legend Das Ding: Why Is My Life So Boring? It’s a brand new 10-track album, which sounds crisp and young in the club and mature when you play it at home. Das Ding has always had that certain thing; strict and detached beats combined with warm melancholic melodies, emotionally distant and intense at the same time. The sound is clearly analogue and very specific since Danny Bosten rebuilds his vintage synths and builds his own sequencers and modular systems.

Rotterdam based Danny Bosten a.k.a. Das Ding has long been active in the scene, but was operating under the radar for some time. Both side A and the B side ”We Can Rebuild Him ‘, are popping in immediately. Das Ding is aiming at two goals: being impressive, both on the dance floor as in the intimacy of the living room.

Danny Bosten is back with brand new material as his Das Ding pseudo. Don’t expect this guy to ruminate on his eighties material though. This is about moving forward. ‘Sequencer’ contains four stoned, late night, modular synth explorations. With a far out, heavy dub feel for ”space”, this tape will find fans of Aphex Twins’ SAW 85-92, drooling all over it.

Minimal Wave announce a limited edition hand-silkscreened 10” release of Schedelvreter aka Danny Bosten, originally recorded and released in 1985 on Tear Apart Tapes (NL). Danny tells the story of how he recorded these tracks: “I had been making these repetitive, pattern-based Das Ding songs and felt the need to do something a little different. Something more organic, with a narrative structure to it. Reading Shelley’s Frankenstein at the time, and looking at old accounts of Spanish explorers in the Americas, inspired me to make what I imagined as the soundtrack to an imaginary movie: bleak and desolate. I had a Crumar synth that was falling apart, and if you held down a chord and switched it off and then back on, the voltage would drop so the tones became individual blips that sounded like human voices. I made some massive drum sounds by layering noise, used leftover four-track additions in reverse, and included some drums I found on a tape my brother had given me. I just layered it all on the four-track and played along. It made a nice little package of about seven pieces, so I made up a name for it, “Schedelvreter,” which translates as something like “Skull Gobbler.” The tape was released in 1985, but only a few were made at the time.”

Out of the 3 songs on this release, 2 were originally released on cassette in the 80’s by Danny Bosten of Das Ding via his own Tear Apart Tapes label. The other one (LAB 80) was a collaboration he did with his brother and has remained unreleased until now. This release was pressed in conjunction with PopWave301 to celebrate Das Ding’s live set at OT301 in Amsterdam on October 21, 2010.