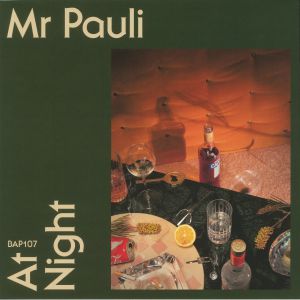 It’s with two kisses and a hearty handshake that Bordello A Parigi welcome stalwart of electronic music: Mr Pauli. Schooled on the West Coast, this pivotal figure has worked extensively with likeminded visionaries to create iconic tracks as the Novamen, Matzo & Pauli and Sumerian Fleet whilst producing his own unique works on labels like Moustache and Viewlexx. After such successes Pauli returns as a solo producer, delivering to the Bordello mansion two tracks of pure class. “At Night” is big, bright and brilliant. Hooks grip as soon as the needle lands. Vintage vocoder lyrics, a particular favourite of this trailblazer, tell a tale of twilight romance while crisp beats snap and notes sail. The flip keeps the fires burning. Synthlines are soaked in Mediterranean sunshine, an Italo Disco influence coming to the fore, with lovelorn vocals used to balance this cheer-filled creation. Golden sounds from a true pioneer.

Time to welcome an international champion of all things cosmic to Wrong Era, Slow Motion’s international facing sister label. With releases on Clone and Viexlexx to name but two, Mr Pauli is one of the disco underground’s favourite tastemakers and he doesn’t disappoint with four slamming tracks of sublime synthesized funk.

The two electro disco 80ies analog fetish freaks, Mr. Pauli and David Vunk,  started a new The Hague – Rotterdam collaboration and made the tracks that they like to hear in a dj set and of course for the love of music!