END_OF_DOCUMENT_TOKEN_TO_BE_REPLACED

Moustache Records’ occasional series of multi-artist EPs, You Can Trust a Man With a Moustache, finally reaches its fourth instalment, some 13 years after volume one landed in stories. The formula remains the same: think muscular, throbbing and wildly camp fusions of High-NRG, Italo-disco and turn-of-the-80s European electro-disco. This is arguably best exemplified via the throbbing, Bobby Orlando-meets-Giorgio Moroder thrust of John Noseda’s ‘Climax’, which fittingly builds to a breathless conclusion as the track progresses. Elsewhere, Perdu brilliantly doffs a cap to Pet Shop Boys’ chart-topper ‘Heart’ on ‘Mind Phrases’ (we think Chris Lowe would approve), while there’s a similar mid-80s PSB feel about the shiny chords, throbbing sequenced bass and memorable lead lines of Kendal’s ‘Mort Sur La Dancefloor’. 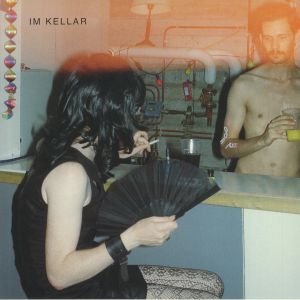 Im Kellar is an electro-techno-EBM producer duo from Rotterdam composed by David Spaans and David Versteeg aka David Vunk. This is their third release on Vunk’s label Moustache Records. 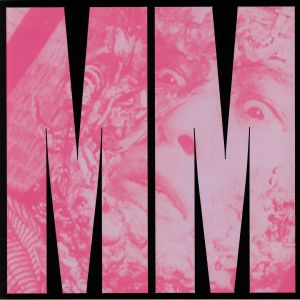 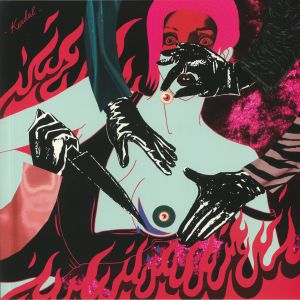 Moustache Records invites Kendal, a French producer based in Toulouse . His 4 tracker hits Manifesto EP bring us a dystopian italo vibe from the past, present and the Nofuture where the flesh merging with the machine. The A1 track called: Ultimo It’s a tale about a world where jesus turns the water into proseco and the preacher jams on his 707 to bring new believers into italo disco church. A2: Profondo rosso: Humanity as gone. One spaceship drifts into space seeking the new promised land. Maybe this big red planet with its lush jungle. B1 Giallo Inferno: She put on her favourite blue velvet dress and her red lipstick. She’s alone in the mansion. Black leather gloves is hidding in the dark B2 Corpo Meccanico: When Deckard chasing some fuckin renegade replicant over Los Angeles 2019 that what it turn up loud on his radio. Perfect OST for cyborg’s killing spree. 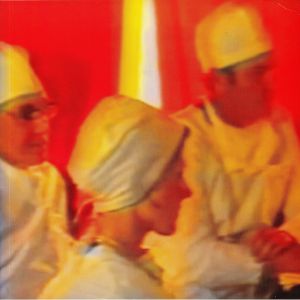 Electro and atomic sequences from hell, dark future baselines. Psych energic rave and tunnel acid from 1986. Four tracks, 1 system from the underground city of Barcelona. Half the amount of drugs in the world got consumed here.

Elliot Litrowski is the newest member of the Moustache Records family. His debut called Schmock Machine EP will be released as Moustache Records 037. The EP title track song Schmockmachine is an uptempo TR707 beat, a really strong arpeggio, deep smooth strings with top break… A2 Arpeggiophobia moog synths, deep basslines and deeper strings topped with hipster plastic drums. B1 He somtimes goes out at night is a powerfull track with pumping tr-707 beat, obvious italo strings, some acid, a mega party break and an Alden Tyrell kinda bassline. B2 Patrique;s world a more slower beaytifull track with cowbells, sharp snaredrums and a very niche bassline, some flanger hi-hats and there you go. 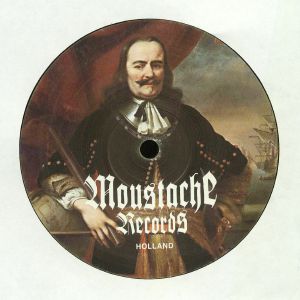 MST032 Cute Heels. This 4 tracker EP comes Strait from the White Mountains of Bogota after Transmissed to the dark streets of Berlin. After a mindblowing 12inch on darkentries Cute Heels delivers a new one for Moustache Records. This 12inch listen to the name Bella EP a renaissance new wave techno electro banger. dark strings and live feel with enough fist pumping energy for your unisex body machine tekno party.

Randomly few times a year Rutherford and Eargoggle team up for some monkey business in the studio. As often the result is “Monkeyshop” a journey into the deepest, darkest forrests and landscapes of the north. Scandinavia is not known for the monkeys but they exist there especially arround Gothenburg in the mountains.. The music is a mix between electro and disco, might call it electrodisco and its all programmed and recorded in with the most easy and understandable equipment so its possible for monekys to use.

Well known in the clubscene a classic italo track from this underground dark wave italo band from Holland. Track played by David Vunk on numerous parties for more than 6 years already, so it took some time but here it is, including a remix made by David Vunk with pumping basskick and super sharp clubby tr-909 hats. 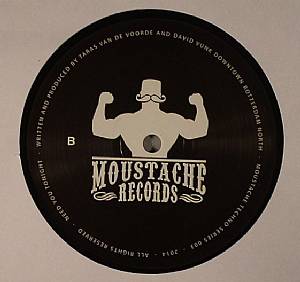 The dark and cold winter above the north of Rotterdam was the inspiration for a new and exciting collaboration between best friends: Taras van de Voorde and David Vunk. This resulted in the top hit – Need you tonight – this A1 killer tune a la Aril Brikha’s Groove la Chord is a brilliant 2014 diamont techno house underground mainstage track. B1 is Need you tonight in the Alden Tyrell Remix… super dark building up power mono techno track… Berlin/London/Rotterdam style. B2 is made by the legendary ROD … a deep techno track with great groove perfect dj tool. Yeah looks like this record is made by longtime friends, a real Rotterdams product with underground love from Rotterdam… of course on David Vunk’s Cult recordlabel Moustache Records.

END_OF_DOCUMENT_TOKEN_TO_BE_REPLACED 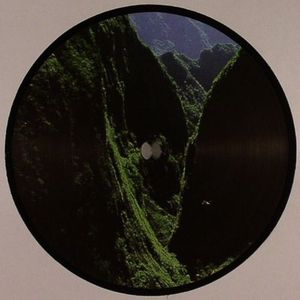 The new release on Moustache Recordings label is a collaboration between label owner David Vunk and fellow Rotterdam rogue, Ben La Desh who between them have combined to produce two tracks full of spaced out house, techno, electronic and disco feelings. First up, Turner drops a rich color palette of vibrant space disco prize strings. The creeping crescendo of synth-led brushstrokes paint a rich impressionistic glow interpersed with positive vocal samples drifting through like dutch boats in a gale. Next up Deep Valley takes off over the snow-capped mountain tops and towards the flowing river of deep techno drums. Eerie soaring strings and isolated vocal snaps conjure up images of cavernous depths of deep sea and space as we go deeper into the valley of the dolls. With releases coming on strong over the past few years La Desh continues his ascent into production adulthood on the 21st release on Moustache Recordings while Vunk’s typical high-class production values shine through this entire release. Further collaborations between this duo would be only gezellig.

In his dark analog Moustache Records homestudio downtown Rotterdam city David Vunk made his ”Bowie ep”. This energizing ep contains 3 various styled tracks for the dancefloor. On the this side the track ”Forever Always” a stunning filter house tune with a vocal that goes on and on, a fat party break and rolling low kickdrums topped with some crazy hihat programming. On the that side two tracks. A notorious full power hi energy nu-disco/electro track filled with evil strings, catchy melody, tr-808 drums and arp odyssey baseline madness called ”Disco Sysex”. The b2 track called ”Vroezenpark” sounds like it comes straight from hell, a dusty techno track with Berlin infleunces, tr-909 drums and a Roland jupiter 8 synth. Insane and paranoia style. This very limited pressing comes with luxury gatefold fullcolour sleeve, poster and hand numbered, limited copies..