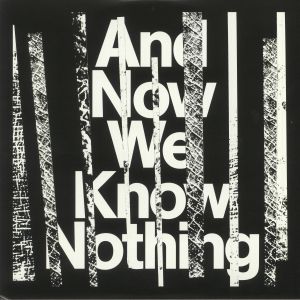 Debut album from Israel Vines on Interdimensional Transmissions, a futuristic fusion of UK bass, post-jungle breakbeats and techno with the rhythmic flex of Detroit Electro. Across its nine tracks, Vines channels the spirit of undulating UK techno and bass — think Bristol and London — into a form and shape all his own, indebted to his American Midwestern roots. Rolling beats, uncommon rhythms, and club-floor sensibility paired with a polyrhythmic touch.

On this record we find Kit Geary & Israel Vines (here as KGIV) exploring the subtleties of slow change within a techno track with the outstanding heady Mockingbird’ and through the rocker From Fragments’. The B Side features an unsung hero of American techno – Borrowed Language veteran Jeff Pietro – with the sonic masterpiece of his hypnotic Mockingbird’ remix.

This is the second release on Eye Teeth, the new techno sublabel of Interdimensional Transmissions, a remix EP with interpretations direct from the peers of Israel Vines. Features an incredible peak time remix of “WWKD” from Silent Servant. It is followed by another powerful and surprisingly straight techno take on “WWKD” by the often more experimental and industrial Talker. The B Side features a version of “Relapse” by Eye Teeth founder and curator BMG. This is his first published remix created entirely on his modular.