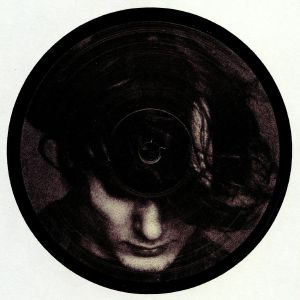 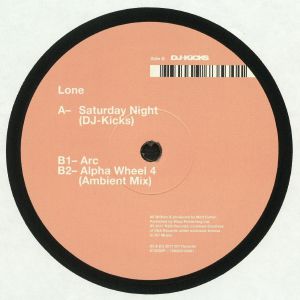 Following on from his intimate entry into the DJ-kicks mix series, Lone is putting out a vinyl only EP of all the unreleased tracks from it. The horizontal mix tapped into all of Lone’s influences, from hip-hop to house, IDM to techno. It also showcased some producers signed to his own Magic Wire label, and of course the back bone was built from some of the Nottingham man’s freshest new productions. They come after celebrated releases on Werk Discs, R&S and Dekmantel, and include dance floor aligned EPs and more rounded full lengths designed for close listening. Here he sits in between the two across three thrilling cuts. Opener ‘Saturday Night’ is a breezy bit of deep house with crisp boom-baps and swirling pads that lend it a dreamy, ethereal feel. Spoken word snippets are stitched into the groove and the whole thing is as frictionless and feel good as house comes. Next up, ‘Arc’ is a little more direct, with scattered snares flapping over dry wooden kicks. It’s a punchy bit of house latest DJ-kicks mix star Kerri Chandler would be proud, and comes overlaid with spring time flutes and luscious pads as a classically inclined bassline powers things along. Last but not least is ‘Alpha Wheel 4’ (Ambient Mix), a kaleidoscopic passage of suspensory sound scuffed up glassy surfaces trapping you in rays of refracted light from start to finish. All three tracks exhibit Lone’s authentic, lived in and lo-fi aesthetic, and as a result slip perfectly into his ever more essential discography.

Marcel Dettmann has mixed the latest edition of the highly respected DJ-Kicks compilation series. Whilst Dettmann is well-known for his incendiary sets at his residency at Berghain, his DJ-Kicks mix is crafted for listening, and displays a more reflective side of the DJ and producer. The mix explores a wide array of selections from various subgenres; ranging from the a new vocal-led Strictly Rhythm release, to rapping on Clarence G’s 1991 release ‘Cause I Said It Right’, recently reissued by Clone Records. Over the course of its 1hr 14 duration, Dettmann reveals multiple new original productions; most notably a collaboration with Levon Vincent, ‘Can You See It’. The pair have collaborated once in the past, releasing ‘Vengeance’ on Levon’s own Novel Sound label towards the end of 2015 to critical acclaim. ‘Can You See It’ sees the duo venture into darker territory; a stripped back, sub-bass laden affair, the quality of this production immediately stands out in the early stages of the mix. Dettmann also collaborates with MDR affiliate Wincent Kunth on ’Possible Step’. In addition to five brand new original Dettmann remixes and edits, there’s an unreleased remix of Marcel’s ‘Let’s Do It’ from Ostgut Ton labelmate Rolando. Designed to be enjoyed by both the critics and more casual listeners, this mix is the latest in a long series of lifetime achievements over the course of Dettmann’s career – and with so many new unreleased original Marcel Dettmann productions included, this is a landmark release for the producer.

A lot of folks feel like they know DaM-FunK, he is laid-back, affable and personable but to truly get the guy, I mean really understand him, is to know a deep love of music like no other. A more suitable reflection of this is his contribution to the beloved DJ-Kicks series. A snapshot into the mind of the pioneer of Modern-Funk music…get to know the man behind the shades. For fans of George Clinton, Madlib, Theo Parrish, Flying Lotus…

Mugwump’s Subfield label introduces its first signings with the Belgian-Italo duo Front De Cadeaux aka DJ Athome & DJ Hugosan. They expertly produced their own brand of “Supreme Rallentato”, which is a fucked-up slo-mo italo, acid, disco, techno and house hybrid that so rightly fits with Subfield’s mission statement of covering subgenres. This full Ep on Subfield features 2 original F2C obscene & dirty slo-mo tracks at their most playful, “Ouvre Ta Bouche” and “Front De Cadeaux Theme” plus the magnificent dub-house of “Killers”. Remixes comes courtesy of Factory Floor’s Gabe Gurnsey (DFA) in a quite brutal bleep-techno mood and Manchester’s nu-balearic kingpin Ruf Dug (Music For Dreams), getting into what he described as a ” 808 snare roll warehouse analog fucked-up version”

Following a year that saw the 50th entry in the long-running series released to wide acclaim, DJ-Kicks returns in 2016 another landmark edition. Iconic Detroit DJ and producer Moodymann is at the helm for his first ever multi-artist DJ mix compilation. Born Kenny Dixon Jr., Moodymann is a one-of-a-kind electronic music icon, hailing from, and wholly synonymous with the Motor City. He is an outspoken, impossibly charismatic artist who has been putting a distinctive and soulful stamp on house and techno since the early 90s. Melting together jazz, funk, soul, blues and rock in captivating ways, he is responsible for some of electronic music’s most definitive tracks, EPs and LPs on labels like Planet E, Peacefrog and his own KDJ and Mahogani Music imprints. As able to serve up the sweetest and most sensual sounds as he is the darkest and most depraved grooves, his own unique voice and stream of conscious musings infuse expertly sought-out samples for music that is decisively alive and authentic. 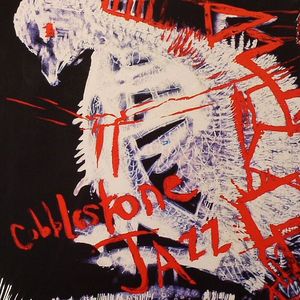 Two and a half years after their debut LP, 23 Seconds dazzled critics and lit up dance floors worldwide, Cobblestone Jazz are back with a powerhouse new album that captures their live-in-the-studio energy like never before. A mixture of heady, jazz-inspired house grooves and below-the-belt analog funk, it raises the bar for electronic dance music in 2010. Titled The Modern Deep Left Quartet, the record marks an important addition to the Cobblestone Jazz lineup, as the trio of Mathew Jonson, Danuel Tate and Tyger Dhula brings aboard Colin de la Plante (aka the Mole).