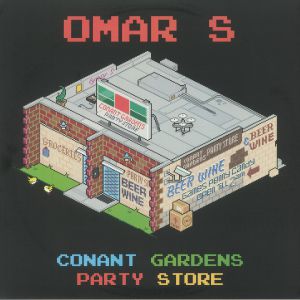 Ian Finkelstein is a jazz pianist and producer. He has been an active member of the Detroit jazz community since the age of 14. A student of Geri Allen, he performed with Marcus Belgrave from 2010 until Belgrave’s death in 2015. He currently performs with the Robert Hurst Quintet, and is a founding member of Detroit music collective Video7. Ian self-released his first album of house music It’s Time in 2016. His keyboard work can be heard on tracks by Scott Grooves, Omar-S and Shigeto among others. He is a regular member of Scott Grooves’ Overdubs. Middle Birth EP highlights Ian’s dual talents as a producer and instrumentalist. Side A features two electronic cuts, Middle Birth’ and Mort Crim’ with Ian playing live drums and bass on the latter. SIDE B showcases Ian’s jazz quartet, he is joined by several of Detroit’s most talented young musicians: Marcus Elliot on sax, Ben Rolston on bass and Alex White on drums.