‘Dark Shades Of Moscow’ EP is a new thriller by Kovyazin D. The track list is headed by a remix of the French hero of electroclash and EBM music – David Carretta. As Dima describes, this release is dedicated to work in solitude, analog synthesizers, secrets and the secret places in Moscow, as well as the utopianism and psychedelicity of everything going on in the world today. Many years of meticulously studying different genres of electronic music, from acid house, electro and new beat to Birmingham techno, industrial and Rotterdam hardcore, have allowed Kovyazin D to form his own unique sound, that you can witness in his live shows and DJ sets. According to the Inverted Audio publication Kovyazin D’s music is so universal it can be easily heard in the culmination points of Helena Hauff and Nicolas Lutz sets. His bangers ‘Close The Distance’ and ‘Tales From The Bottle’ are a clear example of that.

Soil Records’ Valley of Tears is back on his third edition more powerful than even, with 4 tracks from Arnaud Rebotini, David Carretta, Kovyazin D and Terence Fixmer. 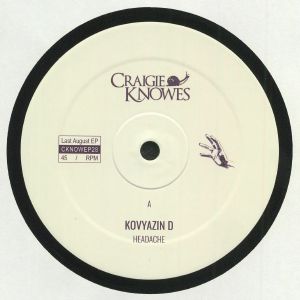 Kovyazin D returns to Craigie Knowes for the first time since 2017. ‘Last August’ is packed from start to finish with post-apocalyptic club-sludge, forged with the slap and kick that has been woven into Kovyazin’s productions for the best part of a decade. A long-overdue reunion between artist and label that does not fall short of expectations.

System 108 introduces its second vinyl record from resident Kovyazin D. The Belgian New Beat spirit, mystical Acid House and EBM, fat and metal basslines, punchy rhythms and jack percussions – all this perfectly reflects the content of the record and conveys the atmosphere of the second dance floor by System 108 events. Adding to this combination a remix from Cardopusher we get a guaranteed dancefloor killer release. 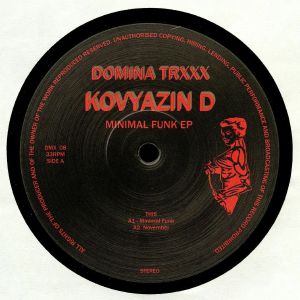 Domina Trxxx welcomes Kovyazin D to the Family. The young and talented man from Russia already released on well known imprints like Chiwax and M>O>S Recordings. The Minimal Funk EP is a puperb electro record. 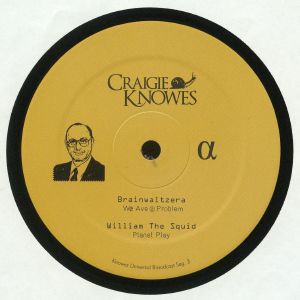 The third and final segment of the Knowes Universal Broadcast has been received. The series of transmissions is completed by Brainwaltzera, William The Squid, Deep Space Orchesta and Kovyazin D spanning Breaks, Acid and Techno. 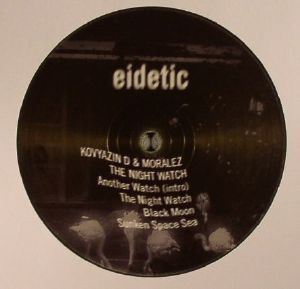 Eidetic welcomes Kovyazin D & Moralez for the 2nd release of the series. Based in Moscow & Saint Petersburg; Dmitry Kovyazin & Alexandr Moralez between them have released on respected labels such M.O.S, Chiwax, New Flesh & International Deejay Gigolo. The Night Watch brings the two of them together for the first time for an intergalactic rollercoaster ride, swerving between jacking techno and starry eyed electro. 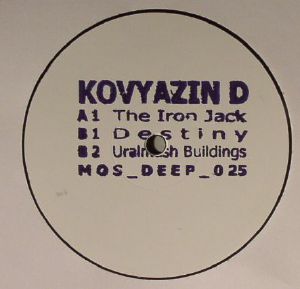 Russian DJ and producer Dmitry Kovyazin aka Kovyazin D makes his debut on the Dutch label M>O>S Deep. He serves up three tracks of house that fit perfectly with the misty, roughshod vibe of the well established label. Up first is ‘The Iron Jack,’ which is a seriously slow but thumping house number with massive booming kicks, thunderous claps and cutting hits and cymbals. As the drums ping about, a paranoid synth line creeps in to get you thinking and the groove stays locked throughout. ‘Destiny’ is a more moody and subdued cut with circling spaceships hovering around a sunken metropolis. The drums here are lazy and inviting, and the overall mood is one of inward reflection. Finally, ‘Uralmash Buildings’ is an acid cut with scattered cow bells, thick bass and military sounding snares that makes for warm and uplifting listening. 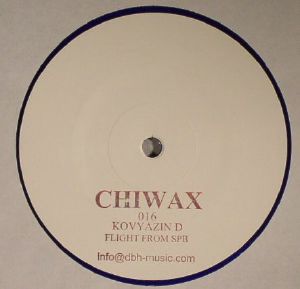 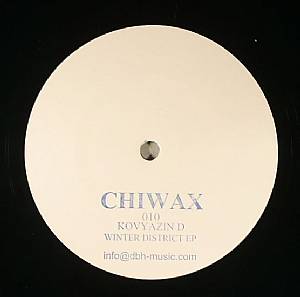