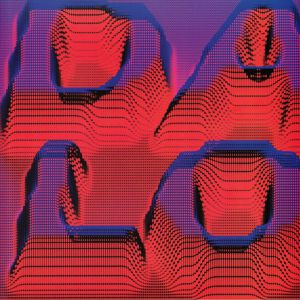 DALO aka Nadia D’Alò emerged at the ESP Institute in 2018 with a brutal remix for Benedikt Frey’s Private Games. Having been ﬂoored by her sinister aesthetic and stripped-back approach to production, as well as being long time fans of INIT (her collaborative project with Benedikt), the ESP institute was compelled to commission a dedicated solo work. Across four beastly tracks, Nadia pulls from a gritty palette of instrumentation, combining ritualistic drums, industrial percussion and scratchy acid lines with a blurry montage of demonic sighs and whispers. The result is deeply hypnotic.

INIT’s music has the rare quality of transforming bleakness into a soothing experience. In the duo’s new EP, ‘Wildcard’, this mechanism is more intense than ever. And that might be because of the particular circumstances that surrounded its inception. Two years ago, Nadia D’Alo and Benedikt Frey decided to move from Darmstadt to Berlin. Adjusting to a rough area of a big city when coming from a quiet town necessarily brings a change of perspective. For Nadia and Benedikt, that meant experiencing the city life as outsiders while trying to figure out what they wanted from it. ‘Wildcard’ is the sonic result of this process, and proof that changes always bring growth.

Having first joined forces last year to lend a hand of Massimo Pagliara’s collaborative With One Another full-length, Benedikt Frey and Nadia D’Alo present their debut full-length under the Init alias. It’s a thoroughly atmospheric, clandestine affair, with the duo delivering a dark-wave opus that tips a hat to early Depeche Mode, minimal wave, Detroit techno and the ambient soundscapes of Brian Eno. D’Alo provides the vocals, though for much of the time they’re utilized as textures, rather than the central focus of the duo’s shuffling, slowly evolving synth-scapes. As an album, Two Pole Resonance is initially attractive – albeit in a stylized, late night kind of way – but really comes into its’ own after repeat listens. It is, though, definitely worth the effort.

Massimiliano Pagliara’s second album on Live At Robert Johnson. This second full-length, ‘With One Another’, is mostly made up of collaborations with locally based producers. Norwegian exile Telephones lends a hand on the deliciously Balearic “Long Distance Call”, with one-time NYC resident Lee Douglas recalling his TBD work with Justin Vandervolgen on the murky acid assault that is “Fall Again”. Elsewhere, you’ll find a range of moods, ranging from the enveloping power house of “Native Tribes of Jupiter” (a hook-up with Credit 00), to the dreamy synth-pop of “With One Another”.