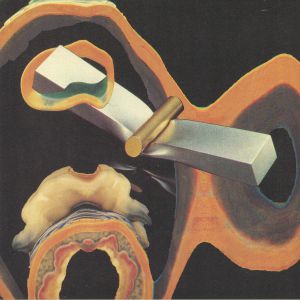 Since nearly a decade now, Italian born artist Antonio Marini is going through a sonic adventure known as Healing Force Project. Discreetly building up his musical blueprint, he slowly reached a cult status as a visionary who is blending electronic music with free-jazz in an atypical, anarchic, spontaneous and original way. On ‘Sideral Escape’ the artist shows himself in his different facets ranging from ambient to jazz to techno.

INIT’s music has the rare quality of transforming bleakness into a soothing experience. In the duo’s new EP, ‘Wildcard’, this mechanism is more intense than ever. And that might be because of the particular circumstances that surrounded its inception. Two years ago, Nadia D’Alo and Benedikt Frey decided to move from Darmstadt to Berlin. Adjusting to a rough area of a big city when coming from a quiet town necessarily brings a change of perspective. For Nadia and Benedikt, that meant experiencing the city life as outsiders while trying to figure out what they wanted from it. ‘Wildcard’ is the sonic result of this process, and proof that changes always bring growth.

Having first joined forces last year to lend a hand of Massimo Pagliara’s collaborative With One Another full-length, Benedikt Frey and Nadia D’Alo present their debut full-length under the Init alias. It’s a thoroughly atmospheric, clandestine affair, with the duo delivering a dark-wave opus that tips a hat to early Depeche Mode, minimal wave, Detroit techno and the ambient soundscapes of Brian Eno. D’Alo provides the vocals, though for much of the time they’re utilized as textures, rather than the central focus of the duo’s shuffling, slowly evolving synth-scapes. As an album, Two Pole Resonance is initially attractive – albeit in a stylized, late night kind of way – but really comes into its’ own after repeat listens. It is, though, definitely worth the effort.

A new artist in the Diametric roster is delivering his debut album as Sons of Melancholia. Being a long time contributing artist in the techno scene, David Nizet, better known as Ozka, has put his heart and soul into this album. It is an album of sheer beauty and pure emotions and will enchant you with its honesty and rawness in places. The music is a mixture of harsh metallic percussive elements, abrasive sounds and breathtaking moody strings and pads. The clash of these elements makes this album so special and we at diametric. HQ believe that this will indeed become a classic electronic music album. For fans of early Autechre and 90s IDM music such as Beaumont Hannant, Stasis, Likemind and B12 but also with a nod to nowadays artists such as Vatican Shadow for example. 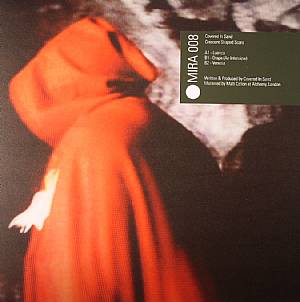 The release features three abrasive noise workouts. Thud of drums and ritualistic rhythms define the opener Luarica on the A-side alongside a near-melodic whine that stays present throughout the tracks. Orapa (An Interview) on the flip swallows and evokes scuffed voices of a conversation, striving into isolation, while Venetia resumes the haunting rhythm and layers of distortion.

In it’s third year of operations Vatican Shadow became an unavoidable issue on the international noise and techno agenda. Following Type, Blackest Ever Black and Modern Love editions, Dominick Fernow aka Prurient aka Vatican Shadow ploughed forth with his project, resulting in three tapes ‘Jordanian Descent’, ‘Ghosts Of Chechnya’ and ‘Atta’s Apartment Slated For Destruction’, collected here on vinyl for the first time. Disc one features both sides of his extended ‘Jordanian Descent’ meditations, some of his longest in this guise and given to incredible, unfurling loop repetitions; Disc two holds ‘Ghosts Of Chechnya’, one of his most concise and varied issues, eight tracks wide and tending towards gloomy, urgent, cinematic arabesques including the outstanding ‘Voices Came Crackling Across A Motorola Hand-Held Radio’; Disc three comprises the four parts of his amazing ‘Atta’s Apartment Slated For Destruction’ including the impeccable darkness of ‘Once This Fire Gathers Strength’. 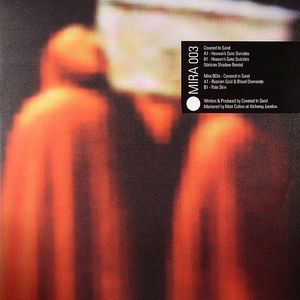 Shifted unveils yet another cloaked figure with his Covered in Sand project, the first release on the Avian sub-label Mira following two impressive turns from the mysterious Bleaching Agent. The title track to Heavens Gates Suicides is saturated in overdrive with cloudy Regis and BMB influences evident. Vatican Shadow remixes “Heavens Gates Suicides” adding subtle musicality to his version, almost throwing the track out of sync with it’s awkward snare hits – if you can call them that. “Russian Gold & Blood Diamonds” is like a beatless Severed Heads piece pulling desperately at your heartstrings while “Pale Skin” is another electronically shambled scuzz of hollowed hisses and jittery sound design. 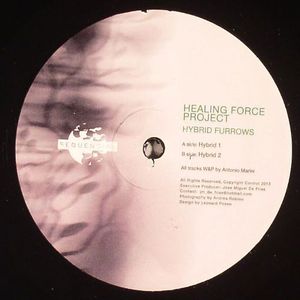 Presented in two parts, “Hybrid Furrows” marks the second transmission of the mysterious Healing Force Project from Treviso, Italy. The first part is a dense, introspective overture. A ceaseless minor key drone lays the path for deep thrumming gong-like pulse and shuddering percussive textures. A song without a coda, a dream without resolution, it simply dissipates like fog—never revealing it’s center. The second part is similarly monolithic in nature, but crafted more for movement than meditation. It is vicious arpeggiated psychedelia, sharp enough to cut into the deepest recesses of your psyche. 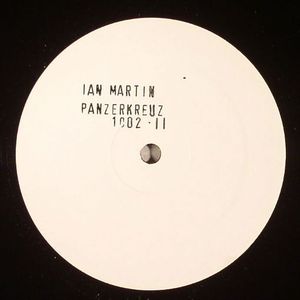 As a trusted source of high-grade leftfield analogue electronics, the Tabernacle label is at it again with the shimmering wares of Paul Mitchell. An Expedition explores various approaches to ambient and beatless compositions through decaying synthesisers, and it’s quite astounding just how well realised these pieces are. Moving ever forwards with a dynamism that seems suited to soundtrack work, the complexity and accomplishment of all four tracks of mournful machine soul is undeniable. From lingering pads to expressive arpeggios, this EP runs the gamut of engrossing classical electronica, all the while keeping you hooked on where the instrumental tale will head next.

Madteo serves up his debut album on the Finnish imprint Sahko. With a deep love of hip-hop, boogie and beatdown running through his veins, the NYC-based Italian has never been a conventional house producer, and sure enough, he’s made a thoroughly unconventional album. But Noi No doesn’t jump from one style to another so much as suavely weave a path between styles, creating its own eccentric sonic language the process; what’s more, it’s brilliantly cold and dissolute, as if Madteo has really absorbed the rarefied Scandinavian chill of his new label.

“Ornamented Walls” is the most intense, brutal and, in many senses, most substantial work from Dominick Fernow’s Vatican Shadow project yet. Released to coincide with his first tour of Europe, the album incorporates the live mix rehearsals of “Operation Neptune Spear” with tracks made in their aftermath, recorded straight to tape and mastered by Matt Colton at Air Studios. Anyone familiar with Fernow’s live set-up will recognize the distinct nature of this material — making use of stems and partial tracks separated into a cassette system which is then re-layered and mixed, effected with electronic processing. In short — Fernow uses his tape machines like turntables in a mix, weaving a hazy and intuitive narrative of sounds that never quite head in the direction you expect, all imbued with an almost feral attitude that’s exhilarating to witness, their limitations and their mechanical machine qualities used to devastating effect. Side A features all three parts of “Operation Neptune Spear,” originally made available in a measly edition of 17 cassettes and sold at the first-ever Vatican Shadow live show in L.A. back in May 2012. Side B features an additional 25 minutes of previously-unreleased work made in the aftermath of the show and using the same set-up, including an astonishing revision of “Cairo Is a Haunted City,” dis-assembled and re-wired, lending it a shortwave quality that’s nothing short of revelatory.

The heavily sought after “Ghosts Of Chechnya” cassette finally sees a digital release. Vatican Shadow is unstoppable at the moment, his alchemistic beats and military themes marking him out as a singular talent. This LP champions the sound of Vatican Shadow, with its dubbed-out, reverberant noises, that make him stand out among his peers. The aptly named “Voices Came Crackling Across A Motorola Hand-Held Radio” is another beast, where chugging kick drums meet ominous pads and crackling static. “Chechnya’s Ghosts Loom Large In Death Of Former Spy” is another fine example of his creative ability to mould techno into any shape he sees fit; but it’s the filling spaces made up of eerie melodies and stripped beats, like “Snipers As A Breed Tend To Be Superstitious” which make his recordings so enchanting. Highly recommended as usual. 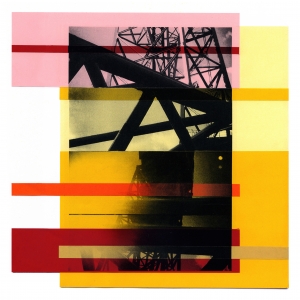 Following on from the success of Delsin’s new house series, the Dutch label are branching out again with a new sideline in electronica. The first release comes from Venetian producer Seawash and comprises 6 tracks of dense and fuggy, otherworldly sounds. ‘Pantomime’ opens the EP awash with ethereal yet underwater sounding synths, light and dark contrast with rough and smooth and the effect is one of pure electronic escapism. ‘Revolution’ shows a lighter side to Seawash and comes over like a mature adult lullaby with harmonic bells dangle above scraping, skeletal percussion. ‘Free Alternatives’ closes out the first side with a stripped and downbeat air: lazy snares cut out a rhythm as more blissful harmonics drift by like feathery clouds. On the flip ‘Close (Vox)’ shimmers like reflections on a lake as an r&b vocal drifts between sun-kissed guitar licks. Slow and sexy without being overly saccharine, it’s more than lush. ‘Emeralds’ is initially more industrial and sounds like machines in torment before Seawash’s surely trademark watery smears dissipate the tension and transport you to a deep sea world once again. Closer ‘Little John’ stutters and skips along with only the slightest hint of a ticking hi hat immersed in oceans of aqueous echo and delay. Traces of garage lurk within, but like the EP overall, it’s a truly unique listening experience.

The award winning documentary, Detropia, is a cinematic tapestry that chronicles the lives of several Detroiters trying to survive and make sense of what is happening to their city. Detroit producer Dial.81 has composed an exquisite soundtrack to the film. It has been singled out by many as moody, special and epic. Vinyl LP comes in full color jacket and download card for entire album plus an additional three bonus tracks.

Full album from the astonishingly talented JuJu & Jordash. This time crossing their more psych side with their proto-everything electronics. Continuing their distinctive synthesis of spaced-out jazz un-standards, murky dub and hypnotic electronics, Juju & Jordash exploit the triple vinyl format to launch a mission bound for the innermost depths of their sound. It’s obvious the writing and production have reached a new level in their exciting evolution. Now it’s time for the music to reach an audience beyond just techno and house. 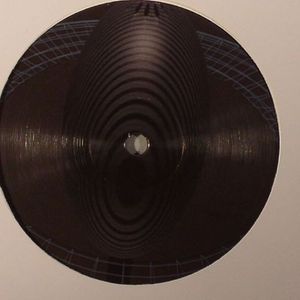 Abstract modern electronica by Heinrich Mueller. First new material for the Der Zyklus project since 2008. Killer electro experiments from the laboratory of Gerald Donald aka Heinrich Mueller aka Dopplereffekt aka Der Zyklus. Motorik bass arpeggios propel ‘Krypton 84’ through a 3D stereo field buffeted by toxic gas explosions and prodding bleeps, over to the half-tempo lab-waltz of ‘Thorium 232’ and the concluding ‘Untitled’ anomaly.

Italy’s webzine Electronique.it has decided to enjoy the joys and sorrows of being a record label and prepares its first release featuring three artists. “Soils” by Commodity Place is an ordinary ambient piece and “Is This For Real?” by passEnger keeps tranquil mood while adding some casual beats. Last track, Cosmic Metal Mother – “The Unreleased Techno Mixes Series (comunicazione uno)”, which is destined to move the feet and flirts with Detroit and Belgium anno 1992.