‘Black Market EP’ is DJ Bone’s first output after a long production hiatus. A widely-respected DJ, producer, and turntablist of the 90’s and 00’s with residencies across the major clubs of Detroit, he has described himself as ‘coming out of hiding’ for this release. Drawing on the full 4/4 force of Detroit techno, ‘Rising’, ‘Fulmination’ and ‘In Solution’ charge with his renewed passion. ‘Power Of The Three’ is a rolling DnB work proving Bone’s skills reach all corners of the dancefloor. 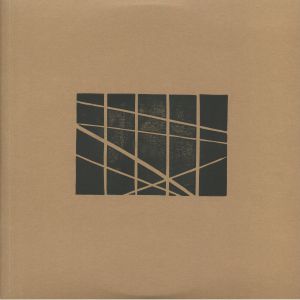 DYL+ DB1 successfully fuses experimental D&B, half-step and techno tropes. Here they re-establish their occasional studio partnership with a first collaborative full-length. It’s a pleasingly atmospheric and imaginative affair, with the pair offering up tracks that variously mix and match elements of unearthly ambient, off-kilter drum and bass, broken techno, murky post-dubstep rhythms, experimental electronica, the metallic clonk of industrial and the hazy hypnotism of dub techno. Musically it’s hard to pin down due to the wide variety of interestingly programmed rhythms, though the album’s uniformly paranoid sense of impending darkness, coupled with occasional glimpses of musical positivity, ensures a coherent aural vision.

Felix K’s Hidden Hawaii comes correct with this immaculate sophomore volume. Delivered on beautiful hand-stamped green vinyl, it plunges deep into the furthest realms of drum & bass. From the precision fracturisms from Felix and Es Tereo’s “Spartan” to Dave O’s classical jungle homage “The Love Of Jah” via the infectiously funky clicks and whirrs of Muted’s “Empty Valley”, no sonic stone is left unturned as the Hidden Hawaii crew bombard you with their bass-bitten experiments. Pump up the volume.

IM:Ltd, the label with more treats in his pockets than your sugar daddy, is back onceagain to unleash the latest efforts from Ukrainian producer Hibea : ‘White Owl’.Filled with with bass frequencies lower than a stripper’s self-esteem, fiercepercussions and jungle-like wild breaks and backed up with some heavy duty remix works from rising sex symbols Phil Tangent and Fade, that 4 track collection is adefinitive must have for any lewd DnB fan.

After 16 years releasing on the most influential labels in Drum&Bass, label owner and musician Seba is proud to announce his first album release on Secret Operations, “Identity”.  For over a year, Seba has been writing a follow up to his first album “Return to forever”, released in 2008.  This was no easy task, as Seba believes an album must be consistent and reinforced by a clear artistic approach and direction. A single is easy, Seba wanted to create an album and not a compilation of singles. The album is designed to display Seba’s musical “Identity” and the mechanics of his inspiration, as well as showcasing the production skills and confident musicality, which has had him releasing music for 16 years. Seba’s Drum&Bass productions are heavily influenced By Techno, House and even elements of Alternative Rock. “Identity” shows you Seba’s ability to work in other genres of music as well as alongside talented vocalists. A listening experience, carefully designed for a listening audience as well as a nightclubbing crowd.

END_OF_DOCUMENT_TOKEN_TO_BE_REPLACED 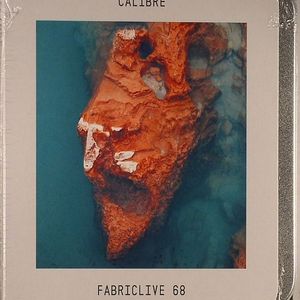 Dominick Martin’s a little bit of an anomaly in terms of contemporary drum & bass. Having been active and continually releasing music under his Calibre alias since 1998, it feels a little odd in a modern world so besotted with over sharing to think that he’s never had a remix made of his material, nor has ever released a commercial mix CD or ever managed an online presence. He’s one of those artists whose reputation simply precedes him; thanks in a large part to his incredible body of work that covers seven artist albums and countless 12”s, EPs and remixes. It’s an outlook Calibre draws on quite heavily for the duration of FABRICLIVE 68, using his own music and that of his peers to create a mix that’s both reflective of the way that he plays when he DJs and the bafflingly bountiful body of work he’s produced.

Cameron McLaren as Consequence with two tracks on Pushing Red. ‘Atrium’ is a steppy affair with it’s splintered kicks and shuffled snares. Warped atmospheres weave in and out of the background while bass works the chest and keeps thing interesting. ‘Box Rituals’ is a super deep, uplifting affair. A steady 4/4 pulsates throughout the tune while serene melodies float above keeping everything together.

Dominick Martin aka Calibre contributes 3 different tracks on the “Renaissance EP”on Footprints. While “Plugs” runs on a bass heavy Drum N Bass mode, it is the title track that offers deep atmospheric dubbed out house music. The soulful uptempo version on “Reach” round off this recommended package.

PRPLX’s entitled Fabric Of Space explores the deeper side of the Breakbeat spectre. Clever drum programming as well as going in a bass shakin’ direction, it reminds us of early Bluenote & Speed days but definitely with a modern touch. These tracks are another testament to PRPLX’s love for the Breakbeat. Also included here is the roadtested Taiga track which starts of deep and hypnotic but surprises you with the harsh amen drop, raw synth and dark male reggae vocal.

Calibre returns with his enigmatic dub influenced drum and bass sound, smooth piano stabs with silky rolling beats. His sixth studio album does nothing to dispel this belief and signals a return to his early noughties heyday when he knocked out sublime and understated but fully formed musical gems for fun. Standout tracks “Who’s Singing” and “Mirage” are both haunting lessons in liquid and the tougher edged “Garbage Man” and “Schlager” are built for maximum impact.

Phaeleh steps up to Disfigured Dubz with the atmospheric roller ‘Falling’ b/w a junglist rework from Kulture. Phaeleh’s signature feel for rave-yearning, tranced-out melodic arrangements and cleanly produced dubstep rhythms are fully intact. However, the Kulture remix takes that diva vocal where it really needs to go, arming her with an undercarriage of heavy junglist rollidge.