Big follow-up of Dolly Dubs 1 by Martyn. Both ‘Newspeak’ and ‘What is room 101’ are ecstatic contemporary house tracks making you remember once again what this music is all about. Pure bliss. ‘Oceania’ on the other hand goes deeep, very intense track with beautiful broken beats and mesmerizing melodies for the more adventurous dj

Chunky is a proud Mancunian with roots in Zimbabwe which may explain such a worldly, open-minded outlook on life. This ‘Chunkadelic’ four track double EP is packed with fresh ideas, taking the UK bass sound in new and interesting directions. “Decca” is a crisp, busy, jacking house cut, but one that combines UK bass and Chicago house inspiration. “Experiment 727” swings it in a stuttering electro-samba style – tight. “Thang” offers a new take on the 90s garage sound, looping up a hooky female vocal (‘put that thing on me’) with a 2-stepping 808 groove. And finally we have “Rugged”, which does exactly what it says in the title, combining a tough dubstep double punch with juke style skittering percussion.

Vinyl Boxset includes 4 x 180g vinyl, including free download code with bonus tracks. Album sampler BWOOD089 also fits in to complete the boxset. The results of a true culture clash, ‘Mala in Cuba’ marries the intricate rhythms and deep, spiritual roots of Cuba with Mala’s own roots in South London and his dedication to bass culture.

In a time where music classification and compartmentalising of genres loses all meaning, Jon Convex aka Damon Kirkham has been at the forefront advocating a new wave of electronic music. His new solo album ‘Idoru’ (A Japanese word derived from the English ‘idol’) is his multi-dimensional sound projected into a new species of electronic music production. The themes on Idoru are evident from the start. Influenced from a young age, growing up in a video rental store during the 80’s and vinyl hunting in the 90’s, these distinguished eras are stamped all over Idoru. The album is further fused with his previous production mastery pirouetting gracefully over his mutated Techno House repertoire. From the Autonomic inspired ‘Fade’ to the brooding tones of ‘About Her’ who’s late night vibes and pitched vocals pay homage to Drexciyan project ‘Other peoples place’.

Grenier aka DJG production style is richly melodic and emotive while full of groove and energy. Recognised early on for a more dubwise sound, Grenier’s recent productions have revealed an evolution in his music, getting deeper into bass-heavy, tech-drenched, soulful tracks.  Say Something and Here Come The Dark Lights are two soulful syncopated grooves that retain the bass driven momentum of Grenier’s dubstep roots and display a 90’s tech influence. 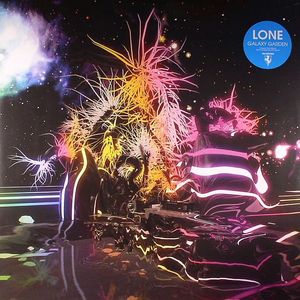 Matt Cutler is back with his fifth album, which is an impressive feat in just five years of releasing music. Galaxy Garden starts off on a more esoteric tip with the tropical electronica of “New Colour”, in its sunshine chimes. By the time we get to “Lying In The Reeds” we’re up to a house tempo that harks back to the softer side of early Detroit. It’s when “Crystal Caverns 1991” starts up that we reach the most blatant distillation of old-skool; kicking off a breakstep beat with sweet but punchy 90s synths, the track cuts into a deadly rave motif without so much as a pause in the beat and it’s like being back in, er, 1991. Every track reeks of originality, whether it be the surprising track structures, the superbly detailed production, even the evocative imagery that the music conjures up.

It’s entirely typical of a revered producer such as former Skull Disco boss Shackleton that some new material from the Berlin based producer should arrive without the necessity for PR fanfare that far too many musicians require. It’s even more typical of Shackleton that Music For The Quiet Hour is just so damn epic in scale and execution. Whilst this digital version doesn’t convey the full brilliance of Zeke Clough’s artistic contribution in the manner the vinyl or CD versions do, it does allow you to focus fully on the music. Largely formed of mesmerizing material produced on an Italian drawbar organ module the producer has been experimenting with for the best part of two years, theses 16 tracks are bristling with the sort of all consuming basslines and unique percussive melodies that Shackleton has made his own and true fans need little more reason to indulge.

Sepalcure follow up last year’s critically acclaimed LP on Hotflush Recordings with a new EP featuring remixes from Kevin McPhee and Trevino (a.k.a. Marcus Intalex), alongside one previously released album cut and one original track. ‘Eternally Yrs’, originally featured on the LP, makes another appearance on side A, followed up by Trevino’s (Intalex’s moniker for his techno and house projects) upbeat and melodic remix of ‘Hold On’. On the flip, Toronto rising star McPhee turns the classic house sounds of ‘The One’ into a crackly, technodriven subbass tune. Finally, the emotive ‘Don’t Cry’ hits hard with the trademark staccato bass and processed vocals that Sepalcure have come to be known for.

Martyn presents an exclusive addendum to his all-taking ‘Ghost People’ album, backed with remixes of LP tracks by Redshape, and L-Vis 1990 & Bok Bok. ‘Hello Darkness’ is Martyn at his most shark-eyed and deadly, and possibly his most blatant Burial tribute. Hovering ’98 Tech-Step bass  sets the vibe, while bony 2-step woodblocks and chiselled Techno drums keep the motion locked-on and hard swinging, all counterbalanced by a bittersweet rave melody and bubbling electronics. Next, L-Vis 1990 & Bok Bok rework ‘Bauplan’ according to an Eski-schematic; sparse percussion and wide-gauge sound design set a minimal and precariously balanced Techno structure ripe for crafty DJs. Redshape concludes with an ominous, driven Breakbeat Techno remix of ‘We Are You In The Future’.

Vae Victis second release with apparent newcomer(s) Nightjars taking the reins but still maintaining the philosophy of analogue processes and hybrid styles. The concept is further crystallised here with two distinct sides to the record; starting with the ‘raw’ side, “Thing Movin On” steps and shudders in a sparse fashion, using very little percussion besides a kick and rimshot playing against a looped synth refrain and a purposefully distorted vocal sample. “Heavy” however fares far better with some nasty processing, as a mean acidic bassline rubs up against razor sharp hats in belting fashion. The more melancholic material in Nightjars’ repertoire has been wisely saved for the ‘clean’ side, starting with the plush finish of “Left People”. After that ambiguous exercise, “Everynight” positively shines for its focus and dynamics. While there’s no greater complexity at work in the music, the pace and flow of the track feels far more engaging, not least when the vintage garage-house bassline comes in.

First release from a this new label Sunklown by Joy Orbison and Boddika. “Froth” is the more overtly melodic of the two, leading with a murmuring female vocal sample, and weaving marble-smooth pads between its staccato mid-range synth and hi-hat clatter, whilst “Mercy” is a mechanical techno behemoth that practically heaves under the weight of its own leaden mass, audibly letting off steam as it goes.

Scandinavia’s ATV serving 4 slow paced, atmospheric electronic cuts that are perfect for headphone listening, yet also have the right energy for playing them out loud.

Shed’s 50Weapons debut. He’s created something completely unique; rather than boom, the rhythm of “The Praetorian” pulsates, taking a metronomic, sand-dry snare and combining it with an undulating pad melody with a distinctly dreamy quality. “RQ-170” meanwhile ticks along with the head-nodding rhythm of dubstep, utilising bass frequencies almost below the range of hearing, while a snarling rasp burrows through the track’s centre.

The duo of Travis Stewart (Machinedrum) and Praveen Sharma (Braille), utilize the broader canvas of the album format to develop their collaborative process and incorporate the diverse influences present in their solo work to their sonic mixture. But both artists add a crucial sense of emotional sensibility and melodic sensuality that defines the Sepalcure sound.

New anonymous project from a known producer with some raw techno and dubstep cuts.