Skudge may no longer be a duo – Elias Landberg has been using the alias for his solo productions for a few years now – but the long-serving act’s sound remains as inspired, club-ready and far-sighted as ever. That much is proved by Soundworks, the first Skudge album in two years. Rooted in machine soul, it boasts tracks that variously doff a cap to Motor City futurism, the organ-tinged throb of Rob and Lyric Hood’s 21st century Floorplan productions, the sparse and dubby vibes of vintage UK bleep techno, late ’90s tech-house, and the woozy, life-affirming lusciousness of deep techno. In other words, it’s full of “proper techno” produced by a true master of his craft.

Swedish duo KSEL is made up of Kim Stockblom and Elias Landberg (Skudge). This is their debut offering on the Key Vinyl label and it is couched in Jeff Mills style Detroit techno minimalism. Opener ‘Kontrast’ is all chattery claps, hurried drum loops and subtly evolving synth melodies, ‘Dash’ is edgy and keeps you in suspense, while ‘Reformed’ gets even more manic with its pinging drums and silvery hi hats overlaid with restless and warped synths lines. ‘Codex’ closes out with searching sonar blips and supple drums designed to take you deep down a rabbit hole.

Skudge and Nihad Tule are back as Taken with their second release on their own imprint. Highly effective techno explorations. 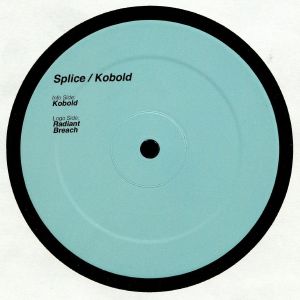 Splice is the a.k.a. of Elias Landberg from Skudge. The fact that he released already on Skudge, Arsenik and Non Series… is a perfect picture of his taste. Repetitive, trippy and groovy, the perfect combination for dancers or dreamers. Close your eyes and start the journey.

Three different takes from two different periods of time meet up in this acid focused 12”. The record features two Skudge originals from 2009, optimized into today’s standards. And also a classically trained Splice track, where a fierce drum patterngoes in parallel with the acidic bass line. A current take on a very classic machine.

Skudge levitates into 2017 with tracks from a well-known place… Infectious groove and stabs reflects our most fond warehouse memories. For starters, ‘Circles’ reminds us of the first three releases, but in a updated shape – the beats are as tight as ever, with the accompanying melodies fitting right into their place. The A-side track has that special Skudge vibe that managed to establish them as a force to reckon with. As proven with the LP from last year, things are sounding and looking as exciting as ever! In stark contrast to the straight to the floor A-side, ‘Tundra’ on the flip resembles the calmer and on the edge of careful sound that Skudge has been running in parallel of their club oriented material. Sure, this one works well in that environment too, but it’s more minded approach might require some extra attention on the floor – however, this first EP of the new year facilitates what was promised with the LP: this is exciting times for Skudge.

When the duo Skudge started out in late 2009 with their first release on Alphahouse, followed by a string of underground hits on their own label Skudge Records, little did they know that they would be in the forefront of the Stockholm sound of the dawning 2010’s. The complex rhythm textures combined by a echoing audial lightness that still runs unparalleled, paired with sub intense quick basslines and swirling percussion has been the trademark. This updated take on the techno and house crossover of today got appreciated and caught the attention of a full spectrum of artists. With a tight release schedule, 2010 alone saw 6 releases from the Skudge hub. Culminating in 2011 with the release of ‘Phantom’, the full length album release on the home imprint, followed by the sub labels that releases other artists as well. Five years from that era, Skudge has reshaped into the solo work from one of the original artists. This change of production and artistry launches into the crates with the release of the limited full length ‘Balancing Point’ LP. During this time, the sound has shifted into new territory, where the entire A-side acts as the beginning of this grooving whirlpool of a record: quick and immense. The UK influences that was formed in the 90’s, gets picked up and infused through the B-side, ending off in a almost orchestral piece. The delicate subtleness of the second 12′ showcases a familiar coming-of-light type of style that we so much appreciate, firmly ending the long player and leave us sure of the future.

Solid mainstay Skudge has been pushing their unique mixture of house and techno for over half a decade now. In a new direction of becoming a sole producer for now, Skudge 009 is the first mark of this new direction.
The intertwined beat structures of ’Waveless’ on the A-side takes us to charted Skudge territory. The small modulations and the pushing groove has become a trademark. Flipping over to ’Motion’, a colder and haunting atmosphere binds this two tracker together, with a lot of focus and ambition for the future.

Samo ‘DJ’ Forsberg continues his assault on 2016 with this killer TTT 12″ as Four Legs alongside Skudge overlord Elias Landberg. This Four Legs stuff finds Forsberg and Landberg partaking in some no-nonsense, heads down machine funk. That’s the flavour for opening cut “Aguirre” whilst title track “Clarky Cat” (Chris Morris reference anyone?) finds the Swedish duo veering off into deeper, psychedelic territory. “Shark” is as marauding as the sea creature it takes its name from, whilst “Clearwater Bay” ends on a more serene note.

Skudge return with their first solo EP since two years. 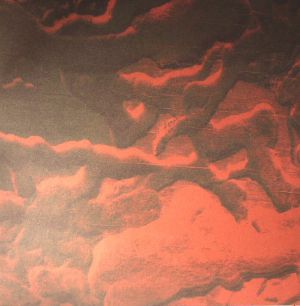 A collaboration between Elias Landberg and Nihad Tule. They started this conceptual project in November 2014 with the goal of record and master a complete EP in one day. The resulting analog jams are pretty different from each other. The A-side ”Terrorfish” is reminiscent of simplistic acid rave tunes from the 90’s while the B-side ”Halcyon” is a dreamy ambient trip.

Kel, aka Elias Landberg of Skudge, with 3 analogue techno cuts for the 6th release on 7777. Sci-fi acid from the future or the past?

Kel is the solo alias of Skudge’s Elias Landberg, and on Irritant he inaugurates the Tanstaafl imprint’s Planets sub-label, supposedly intended to showcase “the music that orbits the core members of Tanstaafl”. With label co-head October having previously released on Skudge Records, Landberg’s appearance on the label makes total sense. Those who are familiar with Skudge’s work will know what to expect, but in Landberg’s hands alone their analogue hardware seems to take on a more urgent, exploratory quality; the title track’s synths bristle and chime against a rolling drum beat, while “MKS” sees languid textures pushed forward by a panicked rhythm. “Traces” is the most Skudge-like thing here with its unmistakeable dub chords, but it’s not something that causes the release to suffer as a result.

Second release from Färden featuring the debut from Splice, with some really pure and beautiful techno.