Three different takes from two different periods of time meet up in this acid focused 12”. The record features two Skudge originals from 2009, optimized into today’s standards. And also a classically trained Splice track, where a fierce drum patterngoes in parallel with the acidic bass line. A current take on a very classic machine. 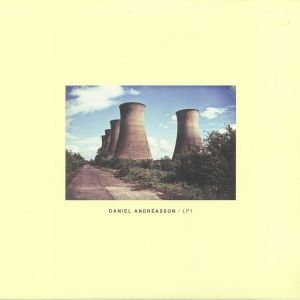 This is the debut album of Swedish producer Daniel Andréasson, an artist that has both a sonically and artistic resemblance to the Skudge family of labels and artists. Pushing his eighth year of releasing records, Andréasson has accomplished the task of creating a debut album that seem to tie together the sound of his previous EP’s. Andréasson’s sound is in line with a more outsider approach, but with a dance floor focus. A sound that he has been pushing since the beginning. This approach shines through at the most on the tracks such as ‘Mc35I# Rushup’, ‘Stay’ and ‘Dreams’ as these specific tracks shows Andréassons more accomplished style. In between, the album keeps a perfect concept throughout. Taking breathers with its interludes and in general “shorter” tracks that hints of a ambient leaning urge to express himself, he never loses focus.

Skudge levitates into 2017 with tracks from a well-known place… Infectious groove and stabs reflects our most fond warehouse memories. For starters, ‘Circles’ reminds us of the first three releases, but in a updated shape – the beats are as tight as ever, with the accompanying melodies fitting right into their place. The A-side track has that special Skudge vibe that managed to establish them as a force to reckon with. As proven with the LP from last year, things are sounding and looking as exciting as ever! In stark contrast to the straight to the floor A-side, ‘Tundra’ on the flip resembles the calmer and on the edge of careful sound that Skudge has been running in parallel of their club oriented material. Sure, this one works well in that environment too, but it’s more minded approach might require some extra attention on the floor – however, this first EP of the new year facilitates what was promised with the LP: this is exciting times for Skudge.

When the duo Skudge started out in late 2009 with their first release on Alphahouse, followed by a string of underground hits on their own label Skudge Records, little did they know that they would be in the forefront of the Stockholm sound of the dawning 2010’s. The complex rhythm textures combined by a echoing audial lightness that still runs unparalleled, paired with sub intense quick basslines and swirling percussion has been the trademark. This updated take on the techno and house crossover of today got appreciated and caught the attention of a full spectrum of artists. With a tight release schedule, 2010 alone saw 6 releases from the Skudge hub. Culminating in 2011 with the release of ‘Phantom’, the full length album release on the home imprint, followed by the sub labels that releases other artists as well. Five years from that era, Skudge has reshaped into the solo work from one of the original artists. This change of production and artistry launches into the crates with the release of the limited full length ‘Balancing Point’ LP. During this time, the sound has shifted into new territory, where the entire A-side acts as the beginning of this grooving whirlpool of a record: quick and immense. The UK influences that was formed in the 90’s, gets picked up and infused through the B-side, ending off in a almost orchestral piece. The delicate subtleness of the second 12′ showcases a familiar coming-of-light type of style that we so much appreciate, firmly ending the long player and leave us sure of the future.

Solid mainstay Skudge has been pushing their unique mixture of house and techno for over half a decade now. In a new direction of becoming a sole producer for now, Skudge 009 is the first mark of this new direction.
The intertwined beat structures of ’Waveless’ on the A-side takes us to charted Skudge territory. The small modulations and the pushing groove has become a trademark. Flipping over to ’Motion’, a colder and haunting atmosphere binds this two tracker together, with a lot of focus and ambition for the future.

The 13th Skudge White release, and a welcome return of Daniel Andréasson. Going a different route than his previous 12″ for the label, this time it’s four melodic/braindance tracks.

After signing his album to the Amsterdam Dekmantel label, Basic Soul Unit still has more to offer. His first outing on the Skudge imprint shows four rugged dark techno jams.