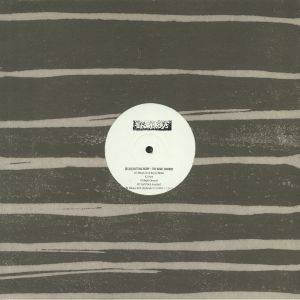 Cutting Room disembark on brokntoys for an EP of techno abstractions. Breaking their hiatus after their celebrated Steeplejack debut, ‘The Night Chemist’ follows up on their previous outing – and the beast has evolved. Across 4 tracks the Australian trio, formed by Connor Gibson, Eugene Brockmuller and Cosmo Feltham, distill foreboding atmospheres, crushed mechanical beats and turbulent Ballardian passages. The EP closes with a remix from Spanish legends Esplendor Geometrico demolishing Always Rock.

New York Haunted is now 5 years old. Ignored by many, loved by as many more. NYH aims to be a home for the true underground in electronic music and releases diverse and stubborn producers that live for their music. Compiled by the NYH artists, this is part 1 of a 2 part collection that shows of the diversity and width of the label and, dare we say, the current underground in electronic music today.

SIMULTAN is an annual festival dedicated to media art and artistic experiment, creating a bond between different media.

END_OF_DOCUMENT_TOKEN_TO_BE_REPLACED

There are less than a handful of bands that can honestly say they were equally involved in the early 90’s noise scene, the mid 2000’s dark ambient scene, and what simultaneously emerged as the power noise movement in Europe. Orphx is one of these pioneers and have gracefully interwoven their tortured electronic architecture among the various subcultures of fringe electronics, while seamlessly continuing on to remain a vital part of the contemporary wave of industrial techno hysteria. Mannequin Records presents an archival collection from the what could be considered the genesis of Orphx’s unique sound. Inspired by early industrial music and new waves of noise from Japan and Europe, the compilation is gathers together some of the best material from their first two cassette releases along with previously unreleased tracks recovered from the original 4 track tapes.

Originally released via Ascetic House in 2015, Vereker’s Grace tape owes much to the canon of vintage anti-music, exploring catharsis via a transgression of traditional compositional & technical values. Working with the same thematic concerns of much of the more leftfield additions to the Avian catalogue – in it’s more subdued moments, anxiety & dissafection; in it’s more high energy – pure hysteria – the recording pairs basic synthesis with warped vocals in the same manner as Industrial progenitors Throbbing Gristle and Steven Stapleton (Nurse With Wound).

In addition to his prolific output as Not Waving, London-dwelling Italian Alessio Natalizia has developed quite an interest in profiling the vast archive of music that surfaced from his motherland in the 1980s. After Strut tapped him to curate the Mutazione compilation back in 2013, Natalizia has taken to square his focus on more specific artists, with this Tapes retrospective following a similar profile of Daniele Ciulini last year. Selected Works 1982 – 1992 spans a decade of recordings from Tapes, aka brotherly pair Giancarlo and Roberto Drago whose style of industrial music absorbed the counter-cultural influence of William Burroughs or Throbbing Gristle, and the sci-fi dystopia of J.G. Ballard and John Foxx. The 21 tracks here will delight anyone with an interest in the obscure annals of European primitive electronics.

END_OF_DOCUMENT_TOKEN_TO_BE_REPLACED

Energetic and raw lo-fi organ electronics. A simple and mean builder, then revealing the beauty of a beast. Harsh kicks and high notes on a crisp distortion flatline – all performed and recorded straight to cassette tape in on take.

The JBLA outfit finally land on Desire with a supremely awaited EP that’s shimmering with gritty hardware flair and squelching noise trickery. The title track is a rampant, percussion-driven, post-punk tool and is hotly rewired by none other than LIES affiliates, Ron Morelli and Svengalisghost, who turn in a twisted, metallic version of the original – oscillating atmospherics and a minimalistic kick-hat form an alluring bundle of a groove. “Night With Potential” is a lo-fi kinda tune, with aqueous melodies and hazy landscapes. Our favourite LIES protege, Vereker goes in for the total kill on the remix, creating a nasty, cacophonous and industrial time-bomb for the end of days – this guys has plenty of tricks up his sleeve, apparently. A cop-on-site kinda EP, really…

Local Records preset “Silence As Beauty” a radical disc for personal rituals composed by Fierbinteanu in May 2013. It’s mainly a diary of noise recorded in the last 13 years, but contains some songs. Many audio sequences were printed on cassette tape.

END_OF_DOCUMENT_TOKEN_TO_BE_REPLACED

“Ornamented Walls” is the most intense, brutal and, in many senses, most substantial work from Dominick Fernow’s Vatican Shadow project yet. Released to coincide with his first tour of Europe, the album incorporates the live mix rehearsals of “Operation Neptune Spear” with tracks made in their aftermath, recorded straight to tape and mastered by Matt Colton at Air Studios. Anyone familiar with Fernow’s live set-up will recognize the distinct nature of this material — making use of stems and partial tracks separated into a cassette system which is then re-layered and mixed, effected with electronic processing. In short — Fernow uses his tape machines like turntables in a mix, weaving a hazy and intuitive narrative of sounds that never quite head in the direction you expect, all imbued with an almost feral attitude that’s exhilarating to witness, their limitations and their mechanical machine qualities used to devastating effect. Side A features all three parts of “Operation Neptune Spear,” originally made available in a measly edition of 17 cassettes and sold at the first-ever Vatican Shadow live show in L.A. back in May 2012. Side B features an additional 25 minutes of previously-unreleased work made in the aftermath of the show and using the same set-up, including an astonishing revision of “Cairo Is a Haunted City,” dis-assembled and re-wired, lending it a shortwave quality that’s nothing short of revelatory.

Ahead of Haswell’s hugely anticipated album for Downwards, Regis, William Bennett (Whitehouse/Cut Hands) and Kevin Drumm set about his ‘Chua Rave’ and ‘Harshing’ cuts taken from a 5″ vinyl. Regis goes in first with a jagged, loopy rebuild of ‘Chua Rave’ revolving around a signature, numb hook crawling with insectoid, stereo-swarming textures and swung round a killer metallic clap. William Bennett meanwhile is back to his old tricks, refrying the same cut in a sweltering headfuck of disembowelled modular madness, but the star of the show is undoubtedly Kevin Drumm’s “GODDAMNIT!! 1,2,3” Remix. To ‘Harshing’ he applies cryptic, haptic processing, resulting a deeply rewarding noise punishment which subsides to cosmic splutter and elegiac microtonal drones reminding of his seminal ‘Imperial Distortion’ works. So damn good.