The title track ”Measure Pleasure” has that buldging funk bass lying underneath some spacey pads and a great rhythm track. Golden Ivy’s version of the title track is emphasizing on the rhythm even more by adding bursting FX and obese kickdrums. Moon B’s Nada Clouds (A3) is a positive yet exotic journey which should be excellent for summer gig’s on rooftops anywhere in the world. For the B1 Moon B continues with the percussion laden ”PV Hills”, this bit has those signature chord switches and vibe changes, that are creating a very melancholic atmosphere throughout. British master of all things melodic ”Fudge Fingas” flips the original completely, making it more streamlined with just a hint more power.

Another strong Bokhari release. Beautiful deep house tracks with a hint to early Chicago and bits of the mid 90’s IDM techno wave from the UK. Side a by Life Recorder and flip side by French producer Semerka (incl Fudge Fingas remix).

Drummer, producer and DJ, Esa Williams aka Mervin Granger has been a resident at Glasgow’s Sub Club for over half a decade, as well as releasing as Mervin Granger and Esa. Esa’s 12” on Burek spans the emotions upon returning to his native South Africa and the trials of becoming acquainted with his new home of Glasgow. Alongside Esa’s original cuts we also have a superb remix from Edinburgh’s Fudge Fingas. The remix encapsulates both of the original tracks and adds FF’s own distinctive slant to them to finish an EP that we are most proud to present. 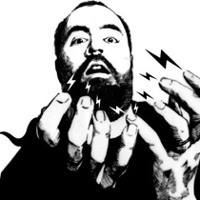 END_OF_DOCUMENT_TOKEN_TO_BE_REPLACED

Fudge Fingas aka Gavin Sutherland debuts on Rush Hour with his S.V.T. EP, which includes the modern soul classic ‘Snow Day’, a dream-perfect, lullaby-like, reminiscing-heavy song about a… snow day. ‘Vin 2 Win’ lifts us up and reminisces us back to back to the good old days somewhere in the mid nineties when Underground Resistance was giving is their take on 21st century funk. ‘Trans Pennine Express’ closes off this EP in a delightfully deep manner. A great tune to close off the night, or start up your day.