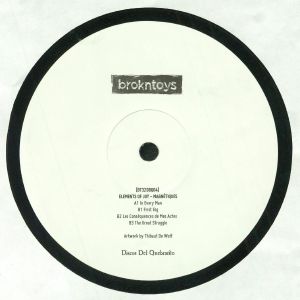 Next on the Discos del Quebranto series, Sébastien Michel, best known as UVB, presents his Elements of Joy alias where the French producer explores post punk, industrial and wave influences across 4 rugged tracks. First released as a cassette on his own Body Theory label and now remastered for vinyl on a limited edition of 300 copies.