Belgrade’s Tapan debut on Offen with an EP that has been a long time in the making but finally arrives in grand fashion. It is an exotic and intoxicating take on Balearic music with ‘Missing’ defined by snaking and hypnotic synths and tumbling drums. There is brilliantly loose drum programming and tons of echoing hits on ‘Samo Prolaznost’ that make it impossible not to shake your limbs to and ‘Rain Dance’ is a ten-minute slow-motion workout. ‘Novi Svet’ closes with more crashing drums and intense dance floor feels. 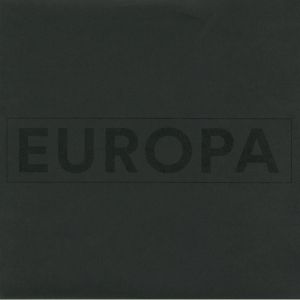 This 2XLP album, Europa, is dedicated to and inspired by events in 2015 & 2016, which saw the spectre of global crisis come knocking at Europe’s doorstep. During this time, more than a million migrants and refugees fled their homes in the Middle East, Northern Africa, sub-Saharan Africa and other conflict ravaged areas in search of a better life. For many, hopes of a future for themselves and their families lay in continental Europe. One of the most well- trodden paths on this journey was the Balkan route, a trail leading through Turkey, Greece, and the former Yugoslavia. This route was not without its dangers, and the dreams of thousands upon thousands were dashed by impassible security fences and discordant EU politics, as one by one they were turned away at borders, or worse, forcibly returned to their countries of origin. Europa was recorded during long jam sessions in Belgrade as the media spotlight started to dim. The city became the purgatorial destination for a large number of migrants, whose journeys had been cut short. This double LP reflects the atmosphere of disillusionment and uncertainty about the future, which descended on the Serbian capital. Dark and melancholic saxophone playing on top of heavy kicks and Mediterranean percussions dominate the epic 17 minutes title track. The collaboration with Jerusalem in My heart continues the melancholic atmosphere, adding to it JIMH signature delayed baglama sounds, to create a 12 minute emotional journey, tearing away abstract concepts of ‘longing’ and ‘home’ with ever growing tension and magnitude. Genre-less, illusive and not easy to categorize, Tapan’s debut album on Malka Tuti is an original soundtrack of a fragment in time and space, capturing a moment and transcending it musically for the rest of the world to experience.