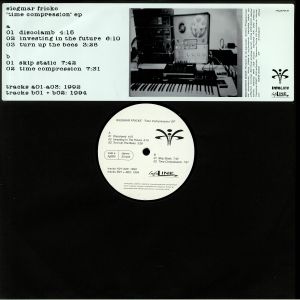 Siegmar Fricke has made a name for himself in the tape culture since 1981 – with a mixture of Musique-Concrète and Post-Industrial. As a former label owner of “Bestattungsinstitut” he released numerous works that went beyond EBM, Electro, Techno and Ambient. In the heyday of the netlabels he focused mainly on his own productions, which he then made available as free downloads. Since 2002 Siegmar has been active with clinical sound experiments under the pseudonym “Pharmakustik”. In 2005 he started his collaboration with Maurizio Bianchi from Milan, who has dedicated himself to “industrial decomposition” since 1979. For his Time Compression EP on Infoline, Siegmar Fricke has unearthed compositions from the period 1992-1994 and curated them anew. A phase in which he listened to the radio day and night and connected his sampler to the stereo to record material around the clock. He listened to many radio shows from England or Holland, which often broadcasted techno, trance and acid. At that time those sounds were new territory for him. He recorded inspiring sequences at first go, edited them and then let them flow into his own productions. The result was “future-pop collages mixed with sequencer-controlled trance and sampled voices”, to put it in the words of Siegmar Fricke. 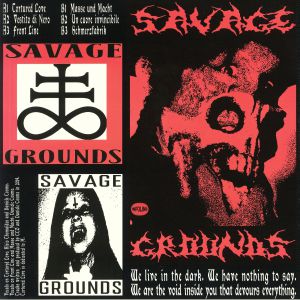 Comes with a patch Savage Grounds return to the never ending warpath with their new EP “Body Weight Compressor”. After a one-year break, which was used to collect ideas, machines and material, they are releasing six titles with brooding melodies, sounds from the factory, diystopian texts and authoritative marches. An unnaturally restrained chaos. Being released by Infoline Global it provides a reflection of the city they live in. We live in the dark. We have nothing to say. We are the void inside you that devours everything. 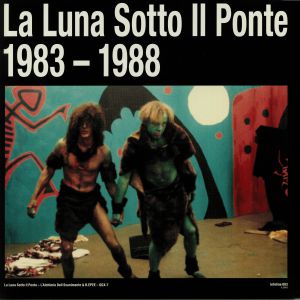