Detroit techno icons Octave One serve up the third volume of their Locus of Control EP series. The two-track offering again explores the ‘power or powerlessness people feel over the things that shape their world,’ and never has that been more true than during the last 18 months of the pandemic. 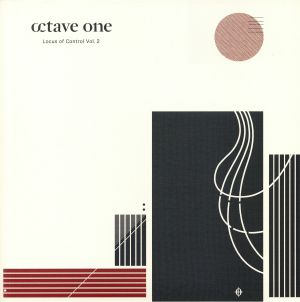 Detroit pioneers Octave One serve up Locus of Control Volume 2, continuing their journey of exploration of power or powerlessness over what moves one’s world. This EP series takes its name from a psychological concept that refers to how strongly people believe they have control over the situations and experiences that affect their lives. Part 1 showcased euphoric piano stabs and uplifting drum lines, and Part 2 explores more propulsive techno.

Having already unleashed a considerable amount of collaborative magic with the ”Planetary Funk: 22 Light Years” series of remix EPs, Luke Slater has now upped the ante with six full sides’ worth of material,all of them injecting the spirit of classic P.A.S. into new sonic organisms. Behind the controls: Marcel Fengler, Function, Psyk,Octave One, Kamikaze Space Programme, Lucy, Slam and Steve Bicknell.

END_OF_DOCUMENT_TOKEN_TO_BE_REPLACED

Killer EP from 1993 from Detroit pioneers Octave One. One of their releases that never got a lot of attention, never was a hit record, but now proven to be one of their timeless records that should be available for the next generation. All 3 wonderful deep tracks firmly steeped in motor city history.

”This new album comes at a time when the pair are still evolving and searching out new forms. As live performers they are reaching an ever larger audience around the world and plenty of the energy they exude there is bottled up in this new LP. Made using a fine collection of hardware including bits by Roland, Moog, Dave Smith Instruments and much more besides, it follows 2008s Summer on Jupiter and proves that as individuals and as musicians we have grown with time and through our travels. Our music reflects that. Our work this time around has taken a lot longer to produce, but we feel it represents, more than anything else we have done to this point, our complete idea as an album project. Kicking off with the rooted kicks and sci-fi, slo mo techno of Eighth Wonder the album unfolds through elastic and triumphant diva house on Jazzo/Lose Myself [featuring Ann Saunderson], cosmic soundscaping on Afterglow and melodically enriched grooves and funky guitar licks on A Better Tomorrow (O1 Remake) [featuring Random Noise Generation]. Elsewhere there is breezy and anthemic fair with Believer, soul kissed sounds and lush pads on Whatever She Wants and then shapeshifting, industrial tinged beats and twisted techno in the later half. Things unfold on Burn It Down with a real sense of narrative, though, and despite being a techno album never do things grow to stern or serious. Instead the mood and tempo switches up knowingly, just like an Octave One live set, and really transports you to another place entirely in the process.”

Octave One’s Octivation ep re-issued in the promo edition (including Sonic Fusion which never came out and got replaced by a track named There And Beyond). Even tho it’s most popular tracks Nicolette and Paradise are on both editions. One of their first releases and still a high light.

END_OF_DOCUMENT_TOKEN_TO_BE_REPLACED

Detroit influenced club/techno tracks with a great remix by Octave One, powerful as always.

Vince Watson‘s Bio imprint is now back in full flow, and following on from the „Pressure“ EP last month, the 2nd installment of the release, with some very exclusive guest mixes and yet another killer track from Vince himself. Steve Rachmad and Octave One deliver the remixes.

Octave One’s 430 West label releases remixes of the outfit’s debut on Derrick May’s Transmat imprint, ‘I Believe’ and their monumental release from the Underground Resistance/430 West Records release ‘Daystar Rising’. Remixing it up here are Sandwell District and Aril Brikha.

Venturing back to how it all started, Octave One begins a new chapter, 20 years after their introduction to the electronic music world. Connecting to their origins on Derrick May’s legendary label, Octave One pay homage to their Transmat catalog number with the launch of a new limited series and label, MS10. Returning to basics, MS10 brings the Burden Brothers home to how they started it all, minus the hype and ”back to the essence of the groove”.