“Ambidextrous. The electro-plasticky sculptural sonic opera that invites you in & out & in again. Presented in first-person, at other times in third but always out-of-body. Like a beat up stroboscope slamming into a Walt Disney number, raggedy abstracted cartoonish characters are pumped, plumped & squashed into the adhoc scenery. A tree is now a paint tube or maybe a shoe horn but only because it has to be until it isn’t, or maybe it never will be for you. Very filmy, sometimes flimsy and on occasion chunky; presenting to you, actual variety. Definitely not a tidy digital affair…you can hear the tape bias deep breathing & hasty splices popping with an immediacy that does not waste time to tinker. Shattered bronze becomes the glue, the glue becomes your dinner companion as well as the plate & window seat. Not unlike a Goldilocks and the Three Bears scenario, depending on your moody attention span, you may find certain characteristics to be too something or not enough something but perhaps just right. Open for interpretation & again for re-interpretation – this monument gives what you take. Hidden naked in plain sight under the raincoat of Fashion Flesh is John Talaga. His homemade concrete-conceptual sounds & visions have been pilfered, snubbed & consciously left unmentioned by many unmentionables. FF’s breathed the same dank air & marked his territory in rooms & on records with brave battered pioneers like Momus, Ian Svenonius & Alexandra Cabral (Escape-ism), Ann Shenton, etc etc…leaving a trail of recordings on far-out labels like Unknown Precept, est. 83 (Fit Sound) and Jacktone to only name just a few. Keep listening.”

“These tracks were recorded in my Queens studio in 2019 after several live performances. Most notably the Microtones party in Ithaca, NY where I had the honor of playing the Forest City Lounge, which is the historic home of the Black Elks, a Black non-profit, fraternal order. I wanted to challenge myself with these performances by limiting the amount of effects I used as well as the amount of equipment, thus these tracks have a lot of space to breathe. These are also my most intricate tracks to date. Instead of tripping tracks out with fancy effects and modules, I instead focused on song structure, with each track telling a story with a beginning, middle, and end.”

The live set also tells an overarching story as well. The main storyline is about a fictitious satanic death cult that worships through sound (“The Frequency”). As they are preparing for their final ascent (/descent?), one of the members starts questioning everything (“Heaven and Hell”). It is seen by the group as a “Regression” and the cult is not happy about it (“I’ll Beat Your Ass / Til The Day That We Die”). The member is confronted and asked “Who Is your God?”

END_OF_DOCUMENT_TOKEN_TO_BE_REPLACED

5 tracks of pure heat of various styles from members of The Black Lodge global family. A1 is entitled “Atmospheres” from the ever-talented Michigan producer JTC aka Tadd Mullinix [Bopside/Nation/Ghostly]. A2, entitled “Arreskni” comes from newer Chilean artists MU-GA, a track we released in digital format last year from their debut EP. Finishing off the A-side is Italian super-duo Sons Of Traders [SOT/Frigio/Black Lodge] aka Tans X Mike Tansella Jr. with the acidic cut “Indianapolis” also released last year by BL on tape and digitally from their first full length album entitled “Crollo Nervoso”. Side B blasts off with the early Chicago house inspired track “Passion” by prolific Dresden producer Sneaker [Uncanny Valley/Rat Life/Frigio]. Closing off the comp is a dirty warehouse banger/burner by e-spirit, a new alias from LA producer Delivery [LA Club Resource/Valcrond Video.

Summer 2021 sees the fourth in the Frigio All Stars series hitting all respectable shelves. Jack Carel opens the 12” with the acid burning grunge of “Fuck This Shit” followed by Sons of Traders with the chugging 4/4 nastiness of “A for All.” A trippy, dark industrial streak runs in the snares and swagger of Rambal Cochet’s “Doomsday Scenario Interface” and in the powerful introspection of Daniel Holt’s “The Recluse.” Neud Photo arrives on Frigio with a menacing debut, “The Split” which pierces a haze of smoke in this late-night floor-filler. Honored Matres who appeared on the first volume of these series, returns with the blackest of the compilation. Machine gun percussion close the 12” with Chris Mitchell offering the chopped and gnawed “Alsina”. 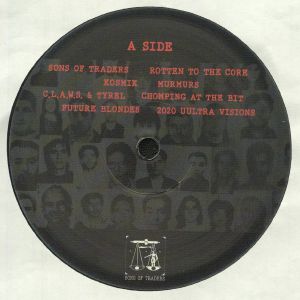 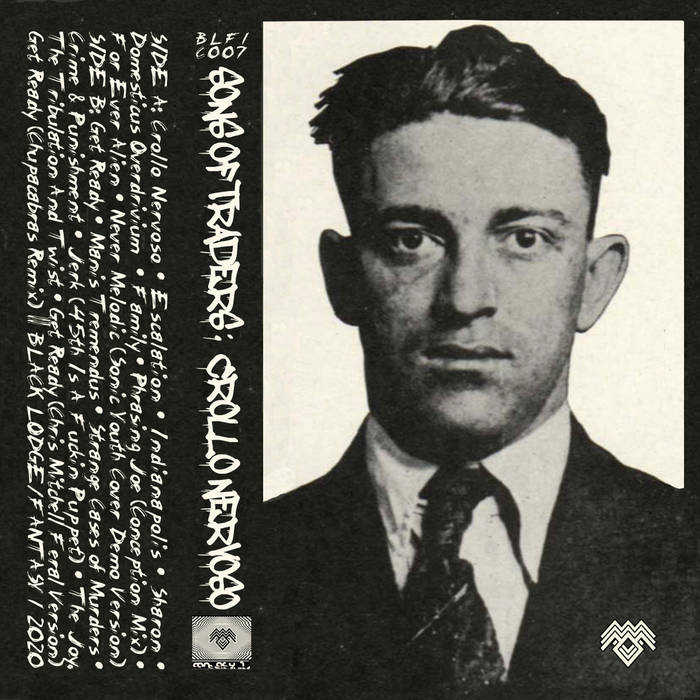 “Crollo Nervoso” (Nervous Breakdown) is a collection of tracks recorded in Berlin Schönlein Strasse between 2018 and 2020 by Italian super-duo (and cousins) TANS & Mike Tansella Jr. as Sons Of Traders. This is their 2nd full album, with over 80 minutes of sonic mayhem from SOT mostly inspired by Genesis P. Orridge, 242, A.S.F., Esplendor Geometrico etc. in the Italian 80’s wave tradition. Additionally there are over 24 minutes of remixes by the likes of Chris Mitchell, Chupacabras, Elena Sizova, Jaundice, and Memory Clap Acid. 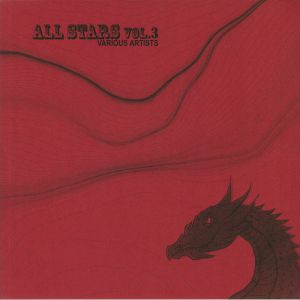 Frigio Allstars 3 comes from the murky underbelly of electronics, where the nights are long and the days are short. Ashen tones pricked with lighter shades, all smeared with attitude in this collection of underground tracks made for the underground. Daniel Holt dives deep into the darkness with the nine minute industrial throb of “Vaccuous Transient.” A stomping beat pierces sci-fi score synthlines in a track brimming with menace. Grey people debuts on Frigio with the grime smeared jack of “Bruxism.” The flip is all first timers to the Madrid label with Scannoir offering “De Panaesher.” Sitting somewhere between synth lament and uplifting wave, this track is a true modern classic from a member of the GOTT camp. Madrid’s very own Negocius Man follows with “101 Wars” a winding worming work of glazed electronics to kill any dance floor and the amazing finale, “The Smile Of The Body” coming care of Bari’s talent based in Berlin under the moniker of Sons Of Traders.